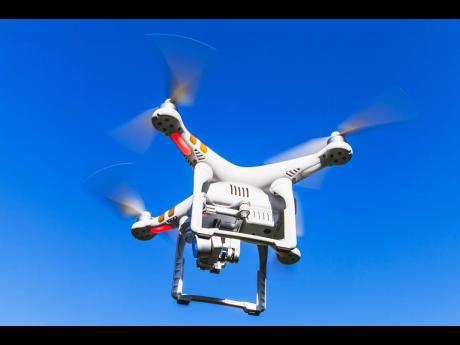 The director general of the Jamaica Civil Aviation Authority (JCAA), Nari Williams-Singh, has shot down any speculation about press advisories to all operators of unmanned aerial vehicles (UAVs), more properly known as drones, as a pre-emptive strike.

In an advertisement earlier this week, the guidelines made reference to recreational UAV operators or hobbyists, i.e., persons who operate model aircraft or UAVs for recreational purposes; and professional (commercial and non-commercial) operators, i.e., persons or companies that operate UAVs for non-recreational purposes, including business-related activities such as, but not limited to, aerial photography, surveillance, geometric surveys, power-line inspections, crop observations, and research and development.

The JCAA said that the latter group requires special aerial work permits from the agency before each flight.

These professional operators should apply to the JCAA in writing for approval, providing all details of the intended operations and not fly the aircraft unless written permission has been received from the authority stating any applicable restrictions or conditions. Having received approval, the professional operator must observe and comply with all the conditions included in the permit in order to exercise the authority provided to operate a UAV.

The JCAA director general said that the press bulletin was part of the JCAA’s public-education campaign.

“It’s not as a result of any increased activity, or whatever. It’s just, again, a part of our public education campaign,” Williams-Singh told The Gleaner.

“We have a number of operators who operate them commercially and they go through a process with us to do so, but there are also quite a few hobbyists, and we are certainly not about regulating them, so you try to get them to comply voluntarily,” he added.

Williams-Singh said that the JCAA was still working on a draft policy with the ministries of transport and national security.