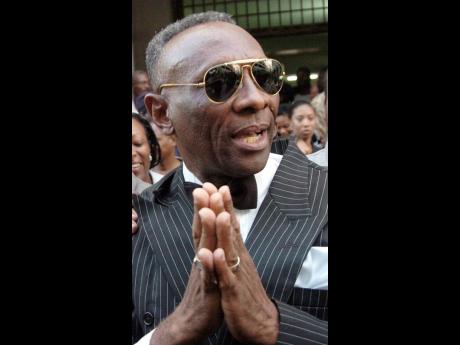 While security expert Reneto Adams is giving the plan to disband the Mobile Reserve his full support, the retired senior superintendent of police believes it doesn’t go far enough.

National Security Minister Dr Horace Chang announced plans to dissolve the Mobile Reserve unit of the Jamaica Constabulary Force (JCF) and replace it with a well-trained team to handle special assignments. He also hinted that there would be other changes as the JCF tries to improve its image and efficiency.

The revelation came early last month on the heels of three members of the unit being implicated in the murder of businessman Sheldon Daley in Chedwin Park, St Catherine. Chang also said that a reform of the entire force is pulling closer.

“Where Mobile Reserve is concerned, nothing is really wrong with it. For you must have a well-trained gathering in the force that is highly intelligent, decisive and psychologically and mentally equipped,” Adams said. “But the unit has been corrupted by certain leaders over the years, who started using it to satisfy their own personal interests and diverting from the task they were formed to perform.”

Instead of trying to fix the rot, the former tough cop sees this as an opportunity for the State to wipe the slate clean, starting afresh with a new police force.

“I would prefer seeing them dismantling or abandoning this police force and form a new one from the ashes, rather than just dismantling Mobile Reserve. If not, we will continue to face the same problems they think Mobile Reserve is party to,” Adams told The Gleaner.

Adams said that while having a team for covert ops would be ideal, the manner in which the Chedwin Park cops allegedly operated raised concern.

“The police don’t have to operate overtly, but covert missions have to be within the law. If you are going to search for criminal elements in plain clothes, it must be recorded somewhere and some senior person must be in charge of that. While enforcing their duty to apprehend, prevent or detect, if criminal elements are so stupid to take on the police or the army and are cut down, consistent with the law of self-defence, nothing is illegal about that,” the tough-talking Adams said.

Critics have urged the JCF to move away from the Reneto Adams’ style of policing to a more community-based approach, but Adams said while the effort is admirable, it would not yield much success in tackling crime.

“Tell them to use and enforce the type of policing that is working. From I retired 11 years now and even before I retired, we have been trying to do community policing, but how effective has it been? I am not bashing it, but has it protected the decent, law-abiding citizens? Has it been protecting the children who are being murdered, slaughtered, raped and mutilated?

“Community policing is done among decent, law-abiding citizens, but there is another form of policing to deal with criminal elements. I am talking about men armed with M16s and AK-47s who are willing to kill or be killed,” he said.

“Take the Clarendon robbery incident, for example. If it was in my time and we take them on, that would have been cleared up in less than half an hour and those men would be sent where they are supposed to be sent. Anybody who wants to put any interpretation on that, it’s their business,” added Adams, who faced much heat for operations he led during his time in the JCF.