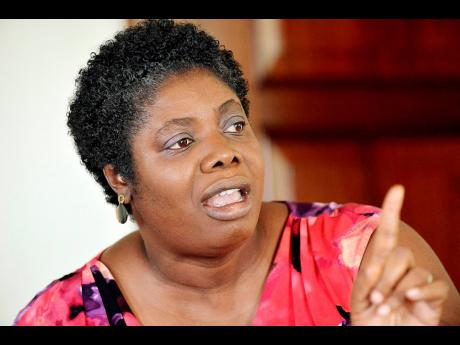 Declaring that women’s potential goes beyond that function of their wombs, gender activist Nadeen Spence has refused to accept that the rise of females to higher social and economic status is the driving force behind the social upheaval in the country.

Speaking at a Women in Maritime Association banquet in honour of two trailblazers in the field last week, Spence said some men believed women should be content with bearing children and raising families.

“The truth of the matter is not all women want to put themselves through the trauma, difficulty, sacrifice, expense or the worry which sometimes comes with conceiving a child, carrying a pregnancy, child birth and child rearing. There are some women who do not see themselves performing these tasks at all, and there are some women who tried it once and decided never to do it again,” said Spence, who also serves a student services and development manager at the University of the West Indies.

Spence countered a position put forward by academics who have argued that there were negative consequences with the emergence of “modern women” and the marginalisation of males. Spence said the reason’s behind society’s failings were far more complex and a thorough assessment of different spheres , including the family unit, should be done before casting blame on women.

Spence charged that inadequate protection from the State meant many women faced a dilemma trying to balance successful careers and motherhood.

“Women are constantly penalised for being pregnant and for having young children. ... We live in a society that does not celebrate and centre the pregnant mother. Women must fend for themselves during pregnancy and if they are not careful, they can be punished for being pregnant. Potential employees sum up a woman’s employability by drawing conclusions about how many times she might need to apply for maternity leave and then decide whether she is a potential investment or a liability,” Spence said.

She said women who accepted that they were second-class citizens and men who believed women are to be blamed for society’s failings cannot raise whole human beings who respect human rights.

“The social dilemma cannot be women’s empowerment. It must be a society which does not fully recognise the value of empowered women,” Spence continued.