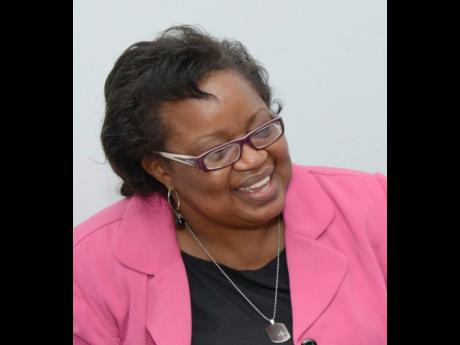 After failing to get its hands on the Seprod shares of members of the Coconut Industry Board (CIB), the Ministry of Industry, Commerce, Agriculture and Fisheries (MICAF) has embarked on a hostile takeover of the Banana Board.

Plans are on track to get it retrofitted into the Jamaica Agricultural Commodities Regulatory Authority (JACRA) by September despite insistence from those in the know that it is an illegal act and a misfit.

One of the glaring inconsistencies cited by Roger Turner is that JACRA is constituted to handle dry commodities – such as cocoa and coffee beans, dried ginger, dried turmeric and dried pimento. The Coconut Industry Board is still trying to find its fit within the shackles of JACRA.

“When you talk about soft fruits and like papayas, banana and melons going abroad, then it’s a totally different commercial enterprise. The whole Global Gap compliance procedure, accountability, traceability, the whole standard of presentation, quality management to get Global Gap Certification is different.

“JACRA doesn’t have a glimmer of understanding of how to do that. They’re gonna destroy that because the quality management system for Global Gap Compliance to export banana will be lost in a heartbeat,” the farmer and director of the Banana Board said.

He is convinced that the Government is after the estimated $100 million built up over seven years of contributions by farmers to the Banana Industry Catastrophe Fund, in which there has been no windstorm drawdown, as well as other funding.

“Nothing has happened since 2012, so you have seven years of accumulated interest on a little contribution. People can get a little money out of it, but it’s not parametric insurance. That’s what they want,” Turner charged. “Over the years, the Banana Board has built up a little cash reserves with some surplus from this European Union money. Everything is good fettle at the moment to try and push exports as much as we can.”

The Cabinet decision to have the Banana Board incorporated into JACRA by September was made in June 24, 2018, and communicated to the board in January 10, 2019, catching General Manager Janet Conie by surprise.

She said the Jamaica Banana and Plantain Industry (JBPI) was not properly consulted regarding the merger and that she is the only member of the JPBI on the steering committee set up by the Ministry of Industry, Commerce, Agriculture and Fisheries to oversee the process.

“The committee is bent on moving forward with the merger despite the lack of consultation and the need for relevant study and retrofitting. The regulations and JACRA Act contradict the way the Banana Board operates to facilitate trade in the export and domestic markets,” Conie said.

“Trade in the banana industry and the consistent growth in export and domestic trade will seriously be impacted if the JACRA Act is not fixed before the Banana Board merges with JACRA. The Banana Board and the JBPI do not perceive this to be a merger. It would be more accurately described as a hostile takeover.”

Conie said the board is requesting that the JACRA Act be amended before the merger proceeds. Also, they are requesting that sufficient time be given for consultations to be had with JBPI stakeholders and for the consultant to conduct a proper study and come up with suitable recommendations.

This is necessary so that everyone can fully understand the full implementations of the JACRA, which a number of bodies, including the Jamaica Chamber of Commerce and the Private Sector Organization of Jamaica, have come out against, saying it cannot work as currently constituted.

In addition, JACRA has facing leadership struggles following the decision by Richard Pandohie to quit as chairman of the board last May and was subsequently succeeded by Dennis Boothe six months later. Everton Hansen did not serve out his probation period and was fired less than two months into the job as director general, forcing Gulsand McCook to retake the reins.

Pandohie charged then JACRA, as is now laid out, is flawed.

“It is far from being operational, and in fact, if left in its current form, that would be a deterrent to the farmers and the farming community. The idea of separating the commercial functions from the regulatory has merit, but JACRA is going to need to take on a lot more than that. The concept is sound, but it needs a lot of work to get it operational, and from a regulatory aspect, I hope they find somebody really good who has some time and experience in regulations,” he said.

Efforts to get a response from Agriculture Minister Audley Shaw and Permanent Secretary Dermon Spence have been unsuccessful.