Four days of mourning for Seaga 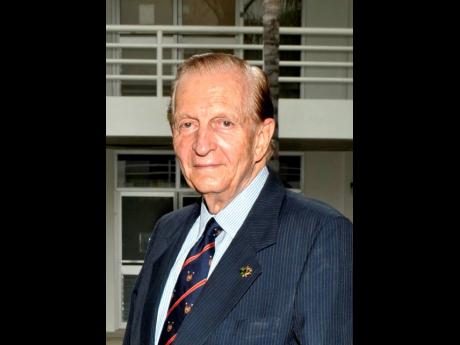 The Ministry of Culture, Gender, Entertainment and Sport has announced a four-day period of mourning from June 19 to 22, leading up to the June 23 funeral for Edward Seaga.

In making the announcement at the Office of the Prime Minister yesterday, Culture Minister Olivia Grange said the funeral for the nation’s fifth prime minister would take place at the Cathedral of the Most Holy Trinity on North Street in Kingston, followed by interment at National Heroes Park.

Condolence books will also be opened from today until June 21 at the Houses of Parliament from 10 a.m. to 3 p.m. daily.

In the lead-up to the funeral, a number of activities will unfold.

On Wednesday, Seaga’s body will lie in state at the Jamaica Labour Party’s Belmont Road headquarters in St Andrew from 11 a.m. to 2 p.m.

On Friday, the body will lie in state at the Montego Bay Cultural Centre in Sam Sharpe Square, from 9 a.m. to noon, before being moved to the St John’s Anglican Church in Ocho Rios, St Ann, from 2 p.m. to 5 p.m.

There will be a celebration of the arts in tribute to Seaga at the Little Theatre in Kingston, featuring the National Dance Theatre Troupe and the Tivoli Dance Company, on June 18.

Both Houses of Parliament will offer tributes in a special sitting on June 19.

The body will again lie in state on Thursday, June 20, at the National Arena in Kingston.

Other events include a nine-night on Wednesday, June 5, in the Tivoli Gardens square, starting at 7:30 p.m., and a wake at the same location on Saturday, June 22.