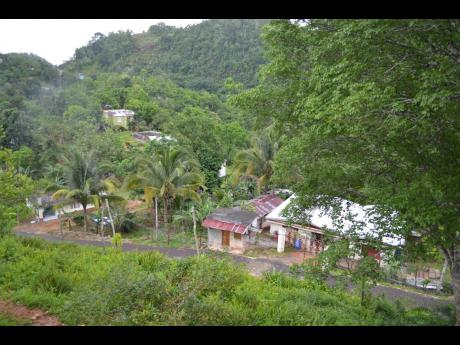 File
Residents of the farming community of Alps in Trelawny are concerned over news that bauxite mining could be on the cards for the community, which has been locked out of the proposed Cockpit Country Protected Area.

Local environmentalists as well as farmers and residents of several southern Trelawny communities are not satisfied with state declarations that there is no bauxite mining taking place in the proposed Cockpit Country Protected Area.

In releases yesterday, the Forestry Department, the Water Resources Authority, the National Environment and Planning Agency, and the Ministry of Mining said there were no bauxite-mining activities inside the Cockpit Country boundary.

The mining ministry said that Noranda Bauxite Partners’ activities are confined to two areas outside of the Cockpit Country boundary. It added that no mining was currently taking place in a third area – for which the company has a licence (SML 173) – which adjoins the Cockpit Country Protected Area.

“Okay, so mining has not yet started in SML 173, but it is approved by the Government of Jamaica, and therein lies the problem because we knew that SML 172 and SML 165 were already being mined. That’s the mining activity in Gibraltar, Trelawny, now,” said Suzanne Stanley, CEO of the Jamaica Environment Trust (JET).

“These residents in Stewart Town [and] Gibraltar, for example, are seriously concerned that their communities were left out of the protected area, which constitutes the Cockpit Country, and their reasons are quite valid,” Stanley said.

The Cockpit Country is the island’s most biodiverse region and the main source of potable water for several western parishes. Its exact boundary has been a sticking point for years as environmentalists and residents have protested margins drawn by state agencies, lamenting that several communities in the area have been excluded from the proposed Protected Area.

Stanley pointed to a 2013 study by The University of the West Indies, which advised against mining or quarrying in the region.

Stanley warned that with the area home to a number of underground water resources, which supply major rivers on the north coast and which are connected to aquifers, disturbing the natural flow and balance of these resources could prove catastrophic.

Prime Minister Andrew Holness, speaking at an event in Tyre, Trelawny, yesterday, emphasised that “there will be no mining in the area designated as Cockpit Country”.

He emphasised that the area of concern did not fall within the proposed Protected Area.

“... As prime minister, I am elected to look at all the factors, and that includes the concerns of the people and the big picture. The concerns will be reviewed. However, all the agencies involved in the project have reported that there is no mining in the proposed area to be designated as Cockpit Country,” he said.

That declaration was of little comfort to Ken Grant Jr, president of The Trelawny Lay Magistrates Association; Hugh Dixon of the Southern Trelawny Environmental Agency; and Desmond Smith, a farmer and yam exporter, who are all against mining in some areas deemed to be outside the boundary, including Alps, Stewart Town, and Barnstaple.

Smith, who is also the Jamaica Labour Party councillor for the Lorrimers division, said: “Mining in those areas is a no-no. It is the area which produces the best yellow yam, the best sweet potato, peanuts. It grows corn from January to January. Any disturbance to this area, we will fight it to the end.

“The underground water will be destroyed, and since water does not turn back, places like Jackson Town and Clark’s Town will be flooded,” he warned.

Alfred Richards, a farmer in Sawyers, told The Gleaner: “ I plant 15,000 hills of yam in the area. Relocating and giving me a greenhouse is not going to cut it. Greenhouse is to plant cabbage and sweet pepper. I employ people right through the year. All of that will be gone.”

Dixon said that Noranda representatives told them in a meeting that they intended to start mining in September.