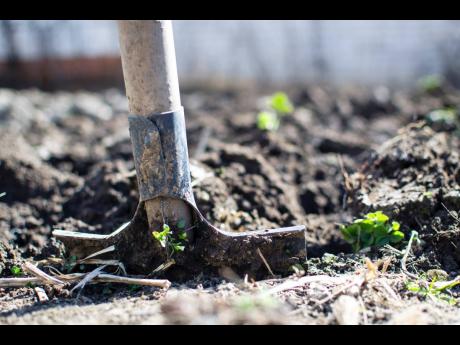 Agricultural practices in Jamaica are lagging a half-century behind the rest of the world, and Jamaica Agricultural Society (JAS) President Lenworth Fulton wants to speed up the development of the local sector.

Fulton, who is in his first year as JAS president, outlined his vision during yesterday’s launch of the annual Denbigh Agricultural, Industrial and Food Show.

Held under the theme ‘Grow What We Eat … Eat What We Grow: Aligning Farming Decisions with Climatic Conditions’, Denbigh 2019 will be closer to modern, multifaceted agri-business exposition in keeping with this vision, the president explained.

“We will achieve this by making computerisation universal, but also by the efficient use of irrigation, the protection of all watersheds so that our farming lands can be continually watered through periods of high rainfall, as well as drought, and, of course, appropriate mechanisation.”

Fulton has eyes on a new and improved showground to accommodate the vision of the new Denbigh: “One that is a commercial haven rather than just a fair or family picnic, and with your support and participation, we can achieve this dual vision and save Jamaica”.

He said that the new Denbigh would provide “a forum and a world-class market, where companies can know that their technologies and products on display will find favour with farmers and where serious business and investment opportunities in the sector can be initiated, pursued, and consummated”.

He said that with the JAS transitioning off the Government’s books to a fully self-supporting advocacy organisation for farmers islandwide, the country needs to push to modernising agriculture now more than ever.

“For that to happen, it will be critical for the sector as a whole to mechanise and computerise, and by this I mean the entire sector, every farmer, no matter how small he believes his or her holding to be. This is critical,” he said.

Fulton used the occasion to announce that discussions were under way with Firm Insurance Brokers to package a farmer’s insurance coverage plan, which would include group health, group life, and group personal accident.

“Additionally, we are also in discussion with them to organise a self-insurance fund that will be funded by members’ contribution in the form of premiums as well as income from investment in the fund. The main aim of this fund is to provide coverage to the extent of agreed limits in the event of losses to members or farmers arising from covered perils. The finer details of this proposal are being worked on,” he disclosed.