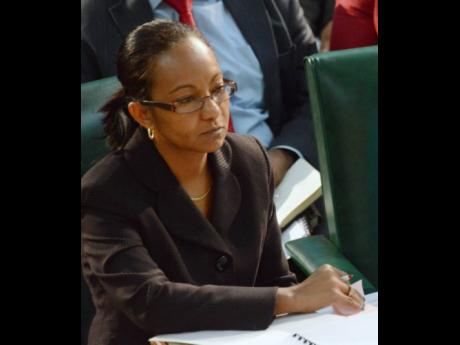 The extended period being taken to complete probes into impropriety, fraud, and corruption at a number of state agencies left several lawmakers fuming at yesterday’s meeting of the Public Administration and Appropriations Committee (PAAC) of Parliament. The committee says it could be time to summon the leaders of some investigating agencies to explain the delays in completing the investigations.

This development comes after Permanent Secretary in the Ministry of Labour and Social Security Collette Roberts-Risden stunned lawmakers at yesterday’s meeting of the PAAC with news that the probe into the estimated $600-million fraud uncovered at the National Insurance Fund (NIF) 18 months ago is still ongoing.

“We have not heard the outcome of that particular matter. Well, we know it’s not concluded ... .That’s as much as I can say. I don’t have a further update from them,” said Roberts-Risden.

The irregularities were reported to the Financial Investigations Division (FID) of the Ministry of Finance last January, she confirmed.

“Members, I’m inclined for us to start calling in some of these persons charged with investigations to ask whether or not they feel they are able to do what they can do, whether there are resource constraints ... what it is that years later, we just can’t seem to find anything coming to fruition,” McNeill said.

Government PAAC member Leslie Campbell questioned whether the failure to complete the investigation could be blamed on a lack of cooperation from the labour and social security ministry.

“Member, I am going to categorically state that that particular matter was referred by me to them (investigators), and the ministry has been cooperating fully,” Roberts-Risden responded before one of Campbell’s colleagues chimed in.

“We need an update on that matter because things cannot be left lingering. The public needs to know what has happened, and after 18 months, we are still in the dark,” said government member Dr Norman Dunn.

The NIF probe is just one of several high-interest investigations into irregularities involving millions of dollars uncovered at the state-run entities such as Petrojam, National Energy Solutions Limited, and the Manchester Municipal Corporation.

There is also a probe being led by the Major Organised Crime and Anti-Corruption Agency into operations at the education ministry.

Questioned by Campbell about whether she had made a determination that there was no wrongdoing by officers at the NIF, the permanent secretary gave details of what she described as a “procedural breach” at the NIF.

“There was a procedural breach, but there is something called customs and practice. And so customs and practice was what was obtaining at the time, which was different from what should have been done based on the documented procedure,” she explained.

“The policy says investments must go to the advisory board for approval. However, over the years, what had been happening was that the fund and the staff were given certain latitude, and so they would report at the monthly board meetings purchases and what was done, but the policy says all investments must be approved,” Roberts-Risden added.