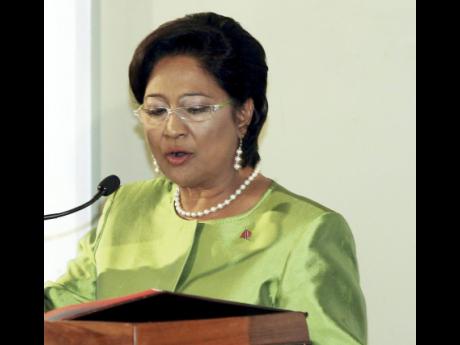 Jamaican lawyer to be sentenced on money-laundering, other charges in T&T

A High Court judge in Trinidad and Tobago has set January 16 next year as the date for sentencing Jamaican-born British Queen’s Counsel, Vincent Nelson, who pleaded guilty to his role in the high profile case involving a former attorney general and an opposition legislator.

During a two-hour in-camera session on Thursday, Justice Malcolm Holdip accepted the plea agreement deal between the Office of the Director of Public Prosecutions and Nelson, who was indicted on three counts of conspiring to commit money laundering, misbehaviour in public office and conspiracy to commit an act of corruption.

The charges are related to the alleged kickback of millions of dollars in legal fees to former Attorney General Anand Ramlogan and attorney Gerald Ramdeen as a “gift” for receiving state briefs. Nelson will now be the state’s witness in the case.

An additional 19,450 persons were added to national voters' list published on May 3, bringing the total number of registered voters to 1, 945, 551.

The names of 8,759 electors, who are no longer eligible to vote, were removed from the list, including 7,822 deceased electors.

The Electoral Office of Jamaica (EOJ) recently concluded the first phase of the dead electors removal exercise, in which 106,000 electors were identified as dead. It is anticipated that a significant number of electors will be removed from the next voters' list, which will be published on November 30, as the EOJ intensifies the second phase of the exercise.

Voters ID cards for electors added to the May 31 list are scheduled to become available by mid-June.

St Vincent and the Grenadines yesterday become the smallest country to be elected to the United Nations Security Council.

The country – the Group for Latin America and Caribbean-endorsed candidate for the Security Council for the term 2020-2022 – received 185 votes after a 10-year campaign.

“We are committed to the bedrock foundations of the UN Charter, namely: sovereign equality, non-interference and non-intervention in domestic affairs, and collective cooperation in solving global problems,” the Office of the Prime Minister said in a statement.

More than five years after police began investigating a “plant-like substance” on the property of former prime minister Kamla Persad Bissessar, they now say it is indeed marijuana.

But Police Commissioner, Gary Griffith, said while the police file on the investigation has been submitted to the Office of the Director of Public Prosecution, he has made it clear that the now opposition leader is not the subject of the probe.

“I think it was rather disappointing that after five years we are still referring to a ‘plant-like substance', but, if you have full access, control and authority of a home and what enters it, then there can be some degree of responsibility in the matter,” Griffith said.

“In this case, based on the investigation, the marijuana was found outside her house. If it were found inside, then there would be some degree of responsibility,” he added.

In July, 2015, then acting police commissioner Stephen Williams said he had given a two week extension of the probe that started in June, insisting that no preferential treatment was being given to Persad Bissessar, who was prime minister at the time.

The packet with marijuana was found at a window while Persad Bissessar was outside of the country. She denied knowledge of it. It is reported that there could have been up to 70 people with full access to the yard, including gardeners, drivers, soldiers, police officers, etc.