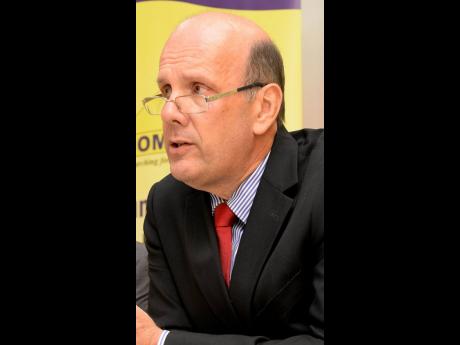 The Independent Commission of Investigations ((INDECOM) has disclosed that the improper use of pepper spray by the police has become a more frequent complaint by citizens, with an estimated five such reports reaching them each month.

Assistant commissioner of INDECOM, Hamish Campbell, told The Sunday Gleaner yesterday that the police watchdog has been receiving complaints from motorists and non-motorists alike, oftentimes because they were deemed to be non-compliant or sought to debate matters with law-enforcement officials.

“The use of pepper spray, we can see at times, tends to be used as an instrument of force and compliance when the individuals are not using force or violence against the officers. It becomes a substitute for other ways of dealing with and addressing issues which police officers do have to deal with,” he said.

Improper use of non-lethal weapons came to the fore late last week after a video of a former deputy superintendent of police being pepper-sprayed by a constable during a traffic stop on Wednesday started circulating on social media.

The retired cop, who has since been identified as Altermoth ‘Parro’ Campbell, stated in subsequent media interviews that it was one of the worst experiences of his life. The ex-cop served more than 40 years in the force and was pepper-sprayed after he disobeyed the constable’s order to get out of his vehicle following a threat to arrest him for failure to produce his driver’s licence. Under Jamaican law, motorists have five days to present their licence.

INDECOM has requested a statement from the former cop and are awaiting statements from two policemen who were at the scene when the incident took place.

“We will be making a determination after that as to the way forward,” Campbell said.

Campbell noted that there are clear policy guidelines by the Jamaica Constabulary Force (JCF) on the cases when pepper spray should be discharged. He said INDECOM has laid charges against some officers for the improper use of pepper spray and these are still pending in court.

“All allegations of assault by use of pepper spray are investigated and statements taken to see whether we can determine if the use of force was necessary, reasonable [or] proportionate in the circumstances,” he said.

“Each officer has to give an account as to why he used force against a citizen, and spraying directly into the eyes is not recommended. It does occur, of course, when you spray it, and it shouldn’t be sprayed arbitrarily in an area or in confined spaces where other people can get contaminated and affected,” Campbell told The Sunday Gleaner.

A worrying issue for Campbell is the reality that police officers are not given solvents to alleviate the effects of pepper spray.

“‘We found that they did not have solutions. I know they are not being provided with it, so, of course, that is not an individual fault, but that is something that needs to be provided for them. If you provide pepper spray and such devices, then they should come with a supply at the same time of other solutions to alleviate pain, discomfort once it is being sprayed,” he said.

Deputy Commissioner of Police Selvin Hay said that he has not done an inventory to see whether solutions are available, but said the High Command will be rolling out a suite of less-lethal weapons to help police maintain law and order. This is likely to include more pepper spray, tasers, batons and handcuffs.

Hay was appointed inspector general of the JCF in February and forms part of the Inspectorate of Constabulary (IOC) team responsible for enforcing professional standards, among other duties. The IOC conducts audits and inspections at all police formations to ensure strict adherence to protocols.

The senior cop said that the police training academy should not be blamed for allegations of improper use of force – whether of pepper spray or guns.

“A lot of people just jump on the word ‘training’ as if we have this Police College that trains people to be disrespectful and unprofessional and unconscionable,” he said.