Raped and rejected - Woman, teenagers turned away from one hospital, ignored at another after assault 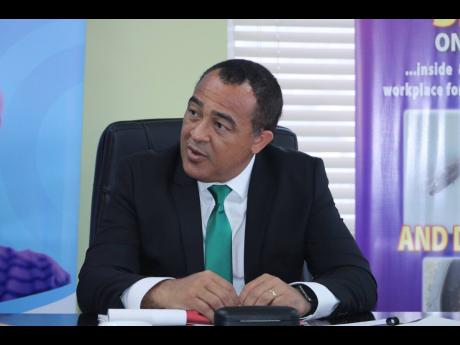 Minister of Health Dr Christopher Tufton has called for an investigation into the treatment of the three rape victims. 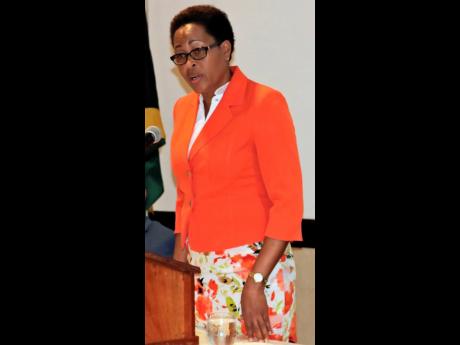 The chief executive officers of two Jamaican public hospitals have launched independent probes to ascertain why a mother and her two teenage daughters were turned away from one hospital and denied attention for hours at another after being brutally raped.

The Sunday Gleaner has ascertained that the mother and her two daughters were each raped by gunmen who broke into their house two Fridays ago. The females were first escorted by the police to the May Pen Hospital because the facility was deemed to be closest to the St Catherine community where the horrific crime was committed.

However, on reaching the hospital, it is alleged that the police officers were instructed by the doctors on duty to take the victims to Spanish Town Hospital, since the incident happened in St Catherine. On reaching Spanish Town Hospital shortly before 2 a.m. Saturday, the police were allegedly blasted by the doctors in the A&E Department for taking the victims in at that hour. A rape kit exam was not done until more than six hours after.

Health Minister Dr Christopher Tufton said he has since asked the CEO of May Pen Hospital to investigate the matter after a doctor brought it to his attention.

CEO of May Pen Hospital, St Andrade Sinclair, told The Sunday Gleaner that sending the victims to Spanish Town Hospital was a judgement call made by the doctors based on various circumstances.

“Spanish Town is an advanced hospital. It is a Category B; we are a Category C. So they would have gotten more advanced treatment there. You would have more doctors, more nurses, more everybody. Remember, we are under siege down here, and maybe it was only two doctors serving an entire A&E,” he said following investigations.

“It could be a situation where my doctor is under pressure and don’t have the human resource to deal with it. There could be a number of different things,” he said.

The CEO said his investigations indicated that the doctors and police officers came to an amicable agreement to take the victims to Spanish Town Hospital because the police only had one rape kit with them and the hospital didn’t store any. Although police officers generally receive rape kits at the police station, some hospitals do have them in storage.

“I get to understand that this was an agreement with all the police and the people involved. Everybody agreed because everybody understand what was happening,” he said.

“My doctor at my hospital, I believe he did the best thing in the interest of the patient, the police and the investigation and all of that because he did not have the resources to do three rape victims at the same time,” Sinclair said.

The Sunday Gleaner contacted one of the police officers who said they had no choice but to leave the hospital following their interaction with the doctors. She said one of the two male doctors on duty at the time was particularly insensitive.

A police officer who had never encountered issues bringing rape victims to the facility in the past said they were first told that the three females could not receive medical attention because the hospital didn’t have any rape kit. The cop said after disclosing where they came from to get to the hospital, the doctor told the cop that he received instructions to not treat persons from other parishes. He proceeded to tell the police officer then that he did not wish to get involved because he did not want to have to travel to St Catherine to attend court.

A nurse had already started to pre-screen the victims, but the police allege that the doctor took the registration form and tore it up before pressing home his point that they needed to go to Spanish Town Hospital.

The police officer said they collected extra rape kits from a police station en route to Spanish Town Hospital where they interacted with three male doctors on duty. One, the police said, was aggressive.

“We went in with the three women and we told them that these women were raped and we need assistance and he [the doctor] said, ‘No, no, we are not doing any, you should have called before, and if you had called, we would have instructed you that at this time, it is only three of us here on the ward and we are not doing any cases, so officer you have to wait until tomorrow when the new shift start’,” the police officer recounted.

The police officer said they remained with the woman and her children, changing their posture from sitting to standing at intervals and staying past their shifts to wait until the next shift of doctors started at 8 a.m. It was at this point that the females received medical attention.

When contacted, CEO of Spanish Town Hospital, Dwayne Francis, said that he heard about the matter from a senior doctor and was in the process of investigating. Preliminary investigations, he said, suggested that the woman and her two daughters turned up at the hospital on their own and went to the non-emergency section early Saturday morning. As a result of this, he said the doctors were not aware that they needed emergency help.

“They turned up on their own and they were triaged and seen from between 8:30 and 9 o’clock,” Francis said.

“Normally, when the police come with a case of those situation, they would go straight into the emergency room; this wasn’t the case and I don’t know why they would have gone to non-urgent,” said the hospital CEO.

However, the police have denied that claim, saying that the three rape victims were taken to the A&E Department.

Head of the Centre for the Investigation of Sexual Offences and Child Abuse (CISOCA), Senior Superintendent Charmine Shand, said CISOCA headquarters in Kingston is equipped with medical doctors to provide medical attention to the victims of rape.

“It is not so in divisions in the rural areas. The police officers have to take their victims for treatment at the hospitals or health centres,” she said.

“They have been complaining of long waiting periods,” she added.

She said she was tasked to coordinate meetings with the senior officer from the Ministry of Health to see how best they can address this issue.

“Bearing in mind that our victims are already traumatised, every effort should be made to assist them as soon as possible,” she said.

Cecelia Campbell-Livingston contributed to this story.