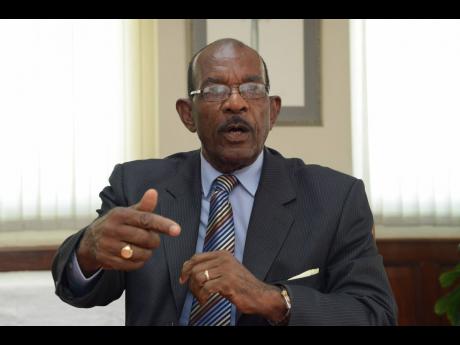 Despite wide-ranging discussions on issues affecting Jamaicans overseas and opportunities for their engagement locally at the biennial Diaspora Conference over the years, a belief that not much comes out of the talks has been fuelling an increased level of apathy towards the event.

While organisers are forecasting the 2019 edition set for next week – June 16 to 20 – to be the best staging yet, some persons, including a leading returning residents advocate, are pouring cold water on the event.

Addressing a recent Gleaner Editors’ Forum, Percival LaTouche, president of the Jamaica Association for the Resettlement of Returning Residents, described the conference as pure talk and little action, leaving delegates peeved, and, in some cases, completely turned off from attending the event.

“Away from the first two [conferences], it is nothing but a grand talk shop. None of the issues raised in any of the subsequent conferences by members of the diaspora [has been] taken up and put into action with deliverables the following year. It’s not picked up in the agenda, and so it continues,” he said.

He said without evidence of a follow-through, the general impression is that nothing is being done.

“The conference is seen by many in the diaspora as all about grandstanding and talk. Nothing more. They sent me a beautiful invitation ... but I really don’t know what I’m going there for because I have been to all these conferences, and it’s the same thing year round, and now it’s packed with politics. The conference hall is filled with people from the various agencies instead of getting the people from overseas to come,” LaTouche said.

In April, Foreign Affairs Minister Kamina Johnson Smith insisted that the 2019 Jamaica Diaspora Conference would be seeking to generate tangible outcomes that are implementable.

“It [has been] my intention that [since] I became minister with responsibility for the diaspora that we would change that and ensure that our conferences have direct outcomes which are implementable and specific,” she said.

Lisa Hanna, the opposition spokesperson on foreign affairs and foreign trade, agrees that the conference has not delivered based on the number of issues discussed and those remedied or taken up to be addressed and implemented if possible.

“ ... Rather than seeing them as a think tank to develop policy, it’s now, how do you move that policy into implementing actionable agenda to move Jamaica forward,” she stated. “The question now is how they can be a part of that advanced talks.

“They have supported this economy over many years, through remittances, in a large way, so how do we now move the needle? We are doing it through remittances, but show me now how to look at the bigger picture for Jamaica,” Hanna continued. “We want to solve crime, we want to put in place medical tourism, and we want to put in place retirement villages. We have the power to do this, so show us what we can do and stop playing politics with who we are, thinking we only want a trip to Jamaica to discuss esoteric issues that we already know about.”