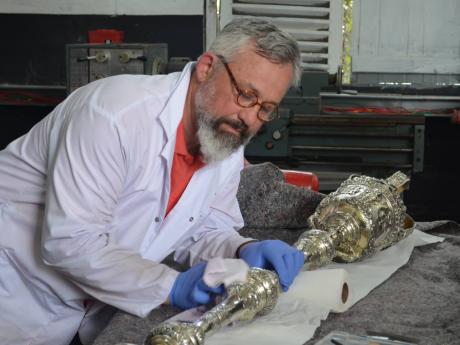 The police have confirmed the identity of the second of two sisters who were shot dead at their home in Duhaney Park, St Andrew, on Sunday.

Reports are that about 11 a.m., officers were alerted to the area after several explosions were heard coming from the premises. Police officers found the women in their bedroom with gunshot wounds to the upper body.

A young girl who was at home at the time of the incident was not harmed.

The driver of the ill-fated mini bus which went over a precipice at St Margaret’s Bay, Portland, claiming the life of a 13-year-old student, has been offered bail.

Twenty-three-year-old Oshane McPherson was offered bail in the sum of $300,000, when he appeared in the Portland Parish Court on Wednesday.

McPherson is charged with causing death by dangerous driving, transporting excess passengers, and driving without insurance.

On May 20, McPherson was reportedly transporting 24 students, along with an adult female in a 15-seater mini bus, when he failed to negotiate a corner at Black Hill in the parish.

The bus reportedly flipped over three times, before plunging into a ravine. Several students sustained multiple injuries and Pranjal Jasti, a grade eight student of Titchfield High, was pronounced dead.

McPherson is to reappear in court on September 11 to answer to the charges.

When the Senate meets today, it will be using its recently refurbished 1753 mace.

The mace was given attention as part of a project to refurbish both of the Parliament’s maces by renowned Canadian conservator Alexander Gabov.

The mace is the symbol of royal authority and must be in place when meetings of the Senate and House of Representatives are held.

For more than 20 years, only one mace has been in use as the 1753 mace had undergone structural damage and was severely tarnished.

The 1753 mace will be used for ceremonial purposes to allow for the repair of the 1787 Mace. It is expected that repairs to be completed next week.