Residents won’t be left out of police HQ plan – Chang 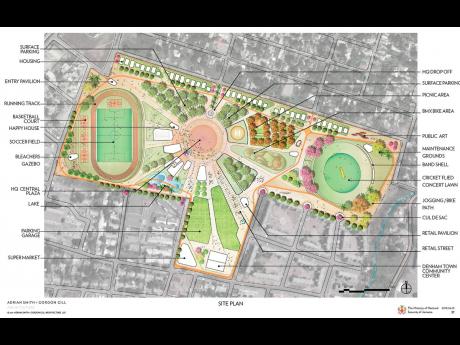 National Security Minister Dr Horace Chang said the planned police headquarters to be sited in an area of south St Andrew commonly referred to as ‘No Man’s Land’ will be a beacon of change and renewal for downtown Kingston and surrounding communities.

Speaking with The Gleaner at a community consultation session on Wednesday evening, Chang said the multimillion-dollar complex, which will be called Police Plaza, will have the residents of the area at the heart of the project.

“We are now looking to the National Housing Trust (NHT) and the Urban Development Corporation (UDC) for development around the central building. The NHT has enough resources … . We have enough finance to do what we are planning,” Chang said. “The entire new town centre is a project which I know the Government is looking financing for on a public-private basis and that will provide us a sound foundation for further development.”

He said with the Government now forking out some US$3 million (J$400 million) in rent annually for rented premises for police divisions, funding for a significant portion of the project will come from these funds and, when complete, will result in huge savings.

“So getting rid of those payments would mean putting those monies to build the centrepiece of this Police Plaza. There are also some lands that we have in the Corporate Area that we can divest and get additional seed capital,” he said.

Jamaica’s world-famous architect, Gordon Gill, is being tapped to provide architectural designs for the new project.

While signalling his support for the project, South St Andrew Member of Parliament Mark Golding said the mixed use of the space will spur economic activity and a better life for residents.

“My desire for this constituency is that we have a holistic development plan for the available lands for the constituency as a whole. So rather than looking at that to say it’s going to be a massive police complex, let us look at it to say it should provide training and job opportunities for the residents and include other facilities, including housing as well,” he said.

Golding said Trench Town – one of the communities surrounding No Man’s Land – was a potential gold mine, which could become a powerhouse with the right kind of investment.

“And now we have another one – a mega one. We can’t really proceed like that, Minister. I think we should wheel and come again. How will it fit into the aspirations of the community?” Golding asked.

Police Plaza will sit on approximately 37.5 acres. The sprawling complex will cater to some 2,500 police personnel, including offices for the commissioner of police and the cadre of top brass. The plaza will host several police departments, including the Centre for the Investigation of Sexual Offences and Child Abuse.

It will also have landscaped green spaces for community members to enjoy, basketball and netball courts, a football field, an Olympic-size Mondo track, a cricket ground, concert lawn, and an amphitheatre.

The expansive plan also includes space for a supermarket, picnic areas, jogging trial and of course areas demarcated for housing.