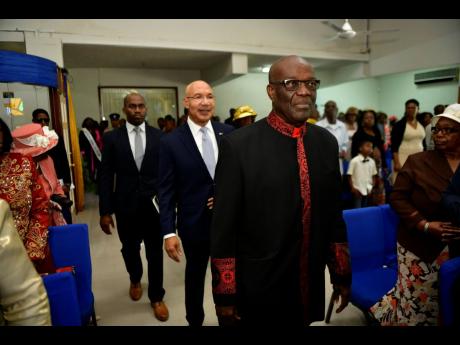 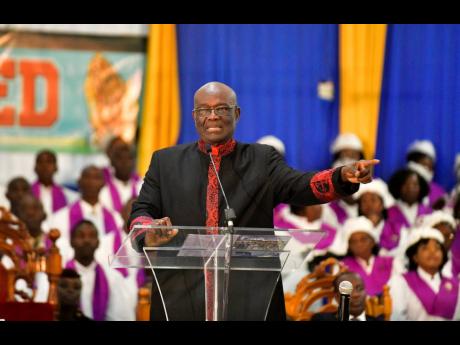 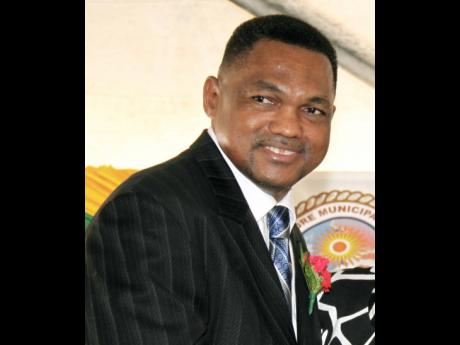 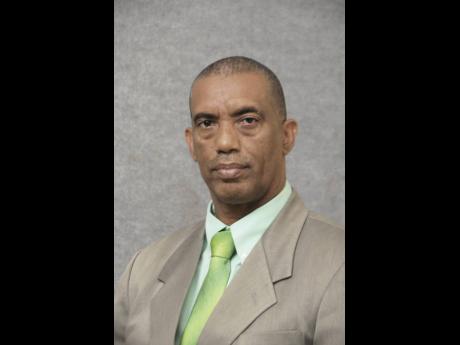 Former political ombudsman and founder of the Deliverance Evangelistic Association Inc, Bishop Herro Blair, has credited the late Edward Seaga for helping to reposition non-traditional churches in Jamaica from the margins to the centre of religious and national discourse, empowering evangelical leaders to have equal voice with clerics from the Establishment.

Seaga, Jamaica’s fifth prime minister and longest-serving member of parliament, died on May 28 on his 89th birthday in a hospital in the United States, where he was undergoing treatment for cancer.

Blair recalled being contacted by Seaga shortly after he won the general election in October 1980 to discuss how he could get the grass-roots churches involved in national dialogue.

“He called me as chairman of the Jamaica Association of Full Gospel Churches to see if I could assemble the leadership of the Umbrella Group of Churches as much as possible, so that he could meet with us, because originally, there was only one group that governments would meet with, one church group, and he wanted to break the tradition,” Blair recounted to The Sunday Gleaner.

“He requested that if he was going to have meetings with the Church, he would like the embodiment of the Church,” the senior clergyman said.

Following consultations, a small group of church leaders joined forces and formed a consultative committee that would meet with the government to discuss issues. A National Consultative Committee was eventually formed.

“Mr Seaga wanted to ensure that the traditional churches were not in total control of all of the national religious events and therefore, out of the National Consultative Committee which now merged into what is officially called the Umbrella Group of Churches, there were opportunities for the leadership to have representation on the Jamaica Cultural Development Commission (JCDC) Board,” said Blair.

A National Religious Committee was then established to plan all religious services under the JCDC.

“Mr Seaga really demonstrated that the Pentecostal/Full Gospel churches should really be given the opportunity to excel in the country and I give him total credit for that, because those of us who have been around knew that that was not the case and so, out of the dialogues we have with him, that’s how you find that all churches have come together and have worked together as a unit when it comes to national events,” the bishop told this newspaper.

“Everything nationally now that is being done, the Umbrella Group of Churches is involved and is recognised by the government of the day. Many people do not know that these were some of his initiatives and I applaud him really for that, because it has been a long journey from where the so-called non-established or non-traditional churches have been coming from,” he said.

President of the Jamaica Theological Seminary, the Reverend Dr Garnett Roper, said that while Seaga helped to push non-traditional churches to the forefront, he believes that endorsement of these churches was politically motivated.

“Seaga, with his background in anthropology, knew that that would be a far more effective way to get at the base of the population than the more cerebral approach which had won the day in the 1970s,” he said.

The then prime minister found that at the time, charismatic churches were attracting in droves people from marginalised communities.

Roper, former pastor of Portmore Missionary Church, noted that prior to Seaga’s rise to the prime ministership, state events were generally held at one of the Establishment churches aligned to the Jamaica Council of Churches, but that changed in the 1980s. The first National Leadership Prayer Breakfast, for example, was held in January 1981, and was a collaborative effort involving several church groups.

“That prayer breakfast was an attempt on the part of the church broadly defined to provide a space of reconciliation to the society because the entire society was deeply divided,” he said.

“Simultaneous with that activity, there was the prayer breakfast at Jamaica House, and everything in Jamaica started with a religious service. To this day, there is a committee under the Ministry of Culture that decides which church gets which national event, and then after a while now, the Anglicans and so on who used to get everything started to complain,” he explained.

According to the latest national census, in 2011, the number of Jamaicans aged 10-29 in just three denominations almost tripled the youth population in the Anglican, Baptist, Methodist, Moravian and Roman Catholic churches.

“Discussions were taking place between the government and some of the so-called non-traditional churches, which eventually led to the formation of the Umbrella Group, which served multiple purposes,” he said.

“I remember during that time, we used to have a lot of hurricanes, and then it was in 1988 we had that real terrible Gilbert, and so one of the purposes of the Umbrella Group was to facilitate discussions and dialogue with government, especially as it relates to disaster relief and other matters, because churches had issues and problems, but it was impossible for each church to speak to government, so they would have the Umbrella Group as the voice of the churches,” said Thomas.

The state funeral for Seaga will be held on Sunday, June 23 at the Holy Trinity Cathedral on North Street in downtown Kingston. His remains will be interred at National Heroes Park.

A period of mourning has been declared and will be observed from June 19 to June 22.