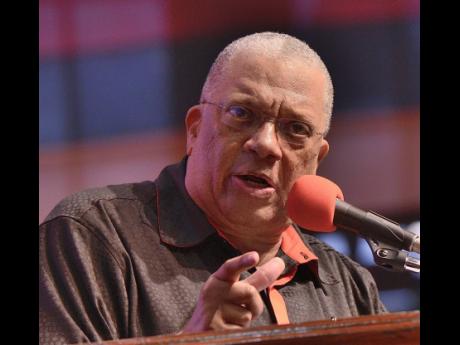 As the leadership race in the People’s National Party (PNP) heats up, Dr Peter Phillips will launch his ‘One PNP – Powerful Together’ campaign on June 27, according to campaign manager Natalie Neita.

Central Manchester Member of Parliament and former general secretary of the party, Peter Bunting, is mounting a challenge for the leadership of the PNP, indicating that the incumbent could not take the party to victory in the next general election.

In a news release yesterday, Neita said that the “dynamic” team leading the campaign includes a mix of youth and experience. She said plans were well advanced to ensure that the PNP and Jamaica not only benefit from the skill, vision and integrity of a leader who all can trust, but also showcase the strategic renewal at all levels of the party to build its ‘Future Generation of Power’.

“Peter Phillips has not only been loyal to the PNP, he has given outstanding service to Jamaica, especially when the country needed a steady hand in repairing the crisis in the economy, following the last stint in Government by the Jamaica Labour Party (JLP) between 2007 and 2012.”

She observed that it was the disciplined management, successful negotiating skills, experience and international credibility of Phillips, along with his standing in the league of multilateral agencies, that made the difference in the recovery process.

“Despite major missteps by the current JLP administration, the foundation for the economic advances we are experiencing as a country were fully designed and implemented on solid ground by our President Peter Phillips. He has been a trusted performer of excellence in every portfolio he has held and has operated with unquestioned integrity, which is best for the PNP and Jamaica at this time,” she said.

The ‘One PNP – Powerful Together’ campaign will unite the organisation around a set of core principles, anchored in trust, performance, and renewal, Neita asserted.