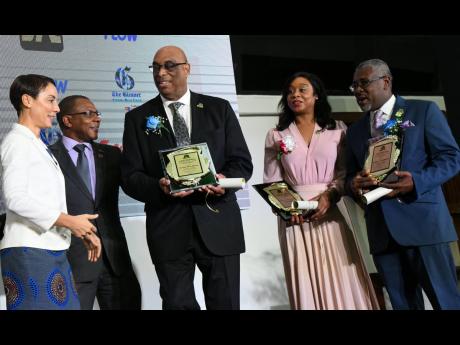 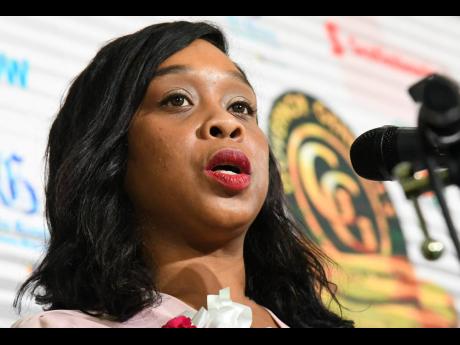 Cherie Johnson, one of the 2019 Governor General’s Jamaica Diaspora Award for Excellence recipients, says that the power of positive thinking and a hunger for valuable educational experiences provided the stimulus to turn her life around after being impacted by her mother's incarceration.

Johnson was toasted along with Paul Barnett of Canada, Erma Eliza Lewis of the United Kingdom, Dr Wayne Curtis Golding Sr of the United States as Governor General Sir Patrick Allen paid tribute to members of the diaspora who have excelled in academia and volunteerism and who have made an impact in their communities and beyond.

Born in England to Jamaican parents, Johnson said that her mother was sent to prison for drug trafficking when Johnson was 13. Her response to this traumatic event was to abandon high school, make friends with the “naughty kids”, and begin an unhealthy lifestyle that included drug dealing, heavy partying and organised crime.

Johnson said that she was determined not to let her circumstances define her future.

The responsibility for caring for these children, coupled with maternal instinct, led her to start a more positive chapter in her life.

Determined to make up for the gap in her education, she completed three first degrees and two master’s degrees by the age of 34, obtaining first-class honours in her undergraduate programme in social work and Qualified Teacher Learning and Skills status and her master’s degree in psychology, family and behaviour therapy.

Johnson, who received the award for the under-35 age group category for the UK, told The Gleaner that is important for people in the diaspora to rise above circumstances and not become mere statistics in their adoptive country when faced with setbacks.

“That alone was the driving factor to make sure I continued to push beyond people’s expectations and break barriers. So, it really doesn’t matter where you start in life, but it’s where you end up. I am a strong believer in that,” Johnson said.

“It is really important that Jamaicans living in the diaspora use education as the vehicle to personal and collective achievement,” she added.

Since her about-turn, Johnson has gone on to become the convener of Shared Intense Support (SIS), which she founded in 2012.

She has worked with the police, youth and social services organisations to provide mentoring and advocacy, consult with families involved in criminal and gang lifestyle, and train staff to deliver effective services to at-risk youth.