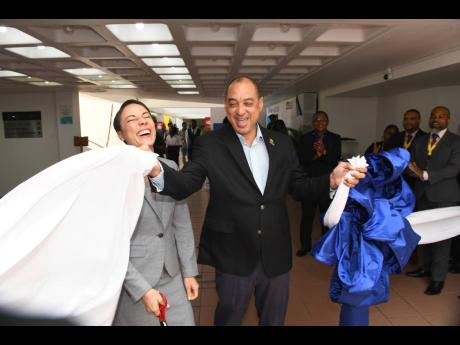 Jamaicans at home receiving remittances from relatives in the United Kingdom (UK) could find that supply of cash drying up depending on the outcome of Britain’s charge to leave the European Union, asserts Dr Kevin Brown, chairman of the Jamaica Diaspora UK.

His reasoning? A weaker pound sterling has been causing economic convulsions for some families and they are unable to assist in ways they used to.

“Maybe it is time to wean Jamaica off remittances because the fact is things have gotten bad in the UK and [it’s] likely to get worse, give or take what may happen with Brexit,” he told the audience at one of Monday’s round-table discussions on the implications of Brexit at the 8th Biennial Jamaica Diaspora Conference.

In 2017, Jamaicans sent home approximately US$2.2 billion, the bulk (US$1.4 billion) coming from the United States.

The UK, Cayman and Canada represent the source of a sizeable chunk of remittance inflows, which fund education and other needs for many Jamaican families.

Brown argues that Jamaicans in the UK must now lobby against a no-deal Brexit in order for them to maintain their job status as fears mount that the UK economy will take a significant hit.

“We cannot allow Britain to crash out of the EU. Theresa May lied to us about what this Brexit would mean. It is a disaster, and now we have Brexit in the UK, you got Donald Trump in the United States and the far-right in Europe,” he said.

Brown urged his fellow diaspora members to invest in Jamaican assets, telling them to purchase lands or build houses to safeguard their long-term savings.

“Buy some stocks because we have learnt that Jamaica has the best-performing stock exchange. Make sure you have an exit strategy in place. Nationalism is back, tariffs are back, so everyone is concerned,” he warned.

Simone Bowman, barrister and head of chambers at the law firm Bow Law Chambers, also acknowledged the concerns among the Jamaican community in Britain.

“Everyone is on tenterhooks right now. People are a little nervous, as it’s been three years now and they are not sure what’s going to happen, whether we going to have a soft or a hard Brexit. We weren’t given a true account as to what will happen and that is causing the unease, especially among migrant communities,” she said.