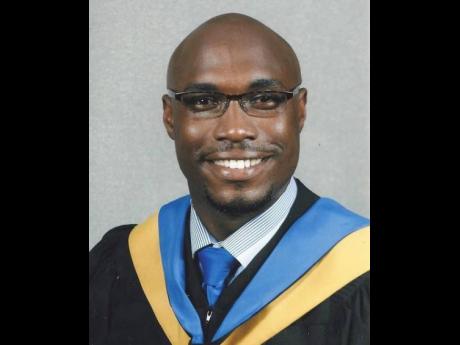 Amid claims of political interference in the selection of Darien Henry as the principal-in-waiting of Cumberland High School, the acting headmaster is embroiled in a heated dispute with academic staff who accuse him of being an autocrat intent on muzzling dissent.

Last month, a recommendation by the school board to overlook Henry and appoint another person to head the school left parents and students upset.

Now, the tables have turned.

One teacher at the school, who spoke to The Gleaner yesterday on condition of anonymity, said that when she started working there a few months ago, she was impressed with Henry’s leadership of the school. However, less than a month later, her perception changed.

“He speaks down to his teachers. If you are in an altercation or conversation with him, he will constantly say, ‘Chairman privilege, chairman privilege’. He doesn’t want to give you the opportunity to speak,” she said.

She added, “If he calls you in the office, he says whatever he wants to say to you and then dismisses you. So over time, teachers are constantly being hurt and being disrespected, whether by email, whether face to face. I have been addressed in front of the students, and I have had to suffer embarrassment.”

Another teacher, who said he has been teaching at the institution for more than a decade, had a similar description of Henry.

“He’s a poor communicator, and in his mannerisms, he behaves very elitist – that he’s up there and everyone else is down there – and that he’s come to save Cumberland, and Cumberland is at the bottom, the saviour of Cumberland ... . And he has this ‘backra massa’ style that he’s, basically, applying the whip and we should comply accordingly,” said the teacher, who did not want his name to be published.

“His general relationship with the staff is combative and adversarial ... . He doesn’t care about your feelings and emotions when he writes, especially when he writes memos to you. And he’s just there stocking staff files with memos as if he’s there to get rid of you,” the teacher added.

The teacher said there is also concern that the recommendation by the school board for Henry to be appointed principal may have been as a result of political interference.

SCHOOL IN MIDST OF CHANGE

“Our teachers are valuable members of our human resources, and it is because of them why we are where we are in the transformation,” Henry told The Gleaner. “The truth is that a school that is in the midst of change, the systems are being impacted, how things are being done is impacted, teaching and learning are being impacted in a significant way. The instructional leader of the school is making sure that teaching and learning is impactful.”

He added: “It’s unfortunate that when we put professional systems in place that people feel that we are talking down to them.”

Henry has also rejected assertions that he is affiliated with any political party.

Henry was reassigned from his post as a senior lecturer at Excelsior Community College in 2017 to act as principal for one term but has been at the school since then as the board had not recommended anyone to take up the substantive post.

Henry was formerly a senior teacher and head of department at Jamaica College under the principalship of Ruel Reid.

Reid was seconded to become minister of education in 2016 but was forced to quit three months ago in the wake of a criminal investigation.

After last month’s intervention of Prime Minister Andrew Holness, who had sent a letter to the school board demanding answers about the selection process, the board reversed its decision, sending a recommendation to the education ministry for Henry’s appointment.

Holness’ action has been rebuked by Opposition Spokesperson on Education Ronald Thwaites, who, at a press conference on Tuesday at the People’s National Party headquarters in St Andrew, said that the practice of political interference in the selection of school boards must come to an end.

The Gleaner understands that Henry will soon officially be appointed as principal.