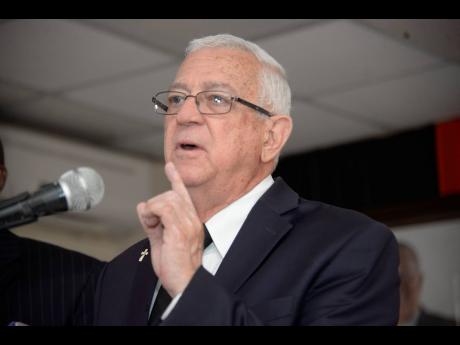 After weeks of intense campaigning, People’s National Party (PNP) delegates will today select the new chairman of the Central Kingston constituency in a contest that kicks off at 10 a.m. at the party’s headquarters at 89 Old Hope Road in St Andrew.

Raymond Pryce, Imani Duncan-Price, Paul Buchanan, Donald Jackson, and Joan Porteous are vying for the right to replace Ronald Thwaites, who has indicated that he will not be seeking re-election as member of parliament when the next general election is called.

Duncan-Price is the chief of staff in the Office of the Leader of the Opposition, both Pryce and Buchanan previously served as members of parliament, and Jackson is a businessman, while Porteous is a minister of religion.

However, it will be the race between Pryce and Duncan-Price that is expected to be keenly contested.

Pundits expect the real battle for the post will boil down to a Pryce-Duncan-Price showdown.

The monitoring committee yesterday met with the various camps ahead of today’s election, which the secretariat of the party will oversee.

“We had the meeting, and we are satisfied that everything is in place to have a successful conference and one that will be very peaceful. We expect it to be a very smooth day, and by 5:30 p.m., thereabout, we will expect to announce the winner,” a PNP spokesperson told The Gleaner yesterday.

“We are prepared, and on [Saturday], we [will] be ready to go. Aside from a little hiccup that we [had midweek], everything is smooth for us,” a member of Duncan-Price’s team said, adding that the team is expecting some 320 votes based on their canvass.

A spokeswoman for Pryce’s team would only say that they were “confident in the ability of the delegates to make the right decision on the day” when contacted yesterday.

Six hundred delegates are eligible to participate in the election.