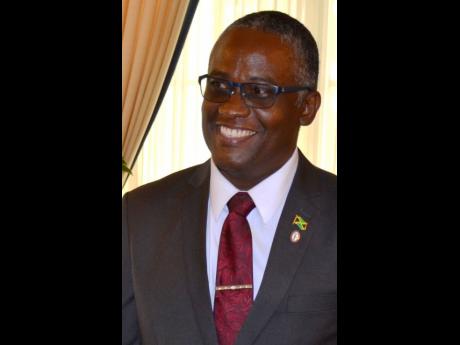 Businessman Garfield Green was yesterday sworn in as the incoming custos rotulorum for Manchester in a brief ceremony at King’s House.

He is set to replace Sally Porteous, who will demit office on July 1, after serving for seven years.

Governor General Sir Patrick Allen presented Green with the instrument of office as a small gathering of family members, relatives and friends watched.

Sir Patrick reminded Green that in his new capacity as Manchester’s first citizen, he was being charged with “some very awesome responsibilities”.

“I would encourage you to use the platform to engage young people, … to grasp the vision of a new and a better Jamaica. I encourage you to inspire them to make a contribution to national development and fulfil their God-given responsibilities,” the governor general added.

In his remarks, Green said he accepted the appointment with “extreme humility”, while acknowledging the “level of trust and confidence” reposed in him, and pledged to serve with “humble pride”.

He described his appointment as a privilege and assured the governor general that he would “demonstrate the principles, the respect and integrity you expect of me, while I defend and promote civic pride, law and order, and build our social capital”.