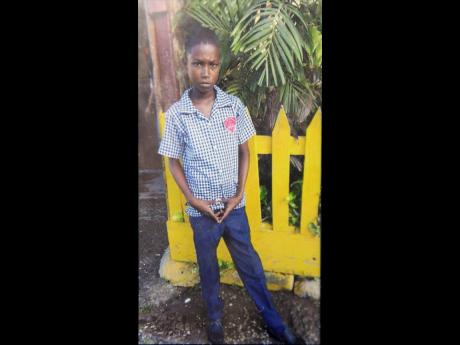 The jubilation among grade six students and their families after the Primary Exit Profile (PEP) results were released last Friday was hard to take in for the family of slain 12-year-old Dujon DaCosta.

The young student athlete, who reportedly had a scholarship to Excelsior High awaiting him, died when gunmen sprayed him and three relatives outside their home in Payne Land on June 8.

His mother, who was also shot during the incident and is now recovering at home, said with Dujon unable to capitalise on a path his hard work created, they did not care much for collecting his results.

“It never made any sense because he is not here,” she told The Gleaner.

The PEP euphoria in the air, however, has made it harder for the grieving family as they cannot escape thoughts of the talented youngster.

“Wherever they placed him, we would accept it, but to know that coming September, I would be preparing him, I can’t manage [to think],” his grandmother, Angela Ringrose, told The Gleaner yesterday.

Ringrose said, “Up to last night (Sunday), it was painful. My heart was paining Friday when the results came out, just to know he is not here. It wasn’t pleasant. It’s sad and heart-rending to know that he has so much in front of him and he is not here to [celebrate] what he has worked so hard for.”

The family said they are yet to decide on a funeral date as they are waiting for the authorities to release the body.

“The police have been in contact with us. They say it is four to five weeks before the autopsy is done and we can get his body,” Dujon’s mother said.

Dujon, an avid sportsman, enjoyed success in football, cricket and basketball. His athletic prowess earned him a scholarship at Excelsior High, which he had started to capitalise on by attending regular training sessions with the institution’s sporting outfit until he was cut down by thugs.

The Hunts Bay police are appealing for information as they continue to probe the incident.