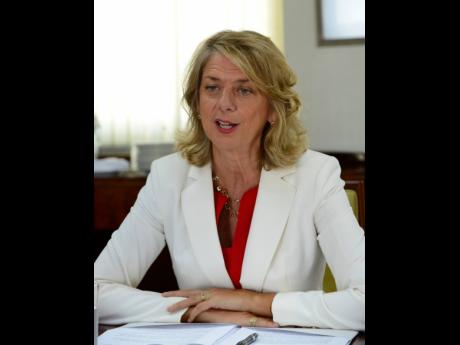 Speaking at a recent Gleaner Editors’ Forum, Peters said that the programme, which grew out of a harvest season, has now been extended, in some cases, for up to eight months as a result of advances in agricultural technology.

“It is hard to think of Canada-Jamaica bilateral arrangement without the farm-work programme coming to mind. This programme was the template that Jamaica used with other countries as well. We haven’t tallied it up, but I think we are probably close to a quarter of a million farm workers from Jamaica that have helped to put fresh fruits and vegetables on the tables of Canadians and helped to fill that labour gap that Canada has,” she recounted.

Last year, Canada issued about 9,000 work permits for the SAWP. Peters shot down queries over whether a number of Jamaicans have put the programme in danger by opting to overstay illegally at the end of their contract period.

“It’s nothing of significance, if any at all, because the programme would be affected if it was. If this was an issue, it would be difficult for us to continue this project,” she said.

“I have had this pleasure, honour of being at three send-off ceremonies, and I am there with [Labour] Minister [Shahine] Robinson, where she says, ‘You be the ambassadors for Jamaica that you can be.’ They know how important this is for their own families and Jamaica, as well in terms of remittances. She reminded them to be in touch with their families because eight months is a long time,” Peters said.

“I think about 80 per cent of the workers are repeat workers, so they know that it’s just not their job or their future on the line; it’s the whole project. ... I’ve never been made aware by anybody where this has been an issue. I don’t even know if it registers, but I would think it is insignificant,” she emphasised.