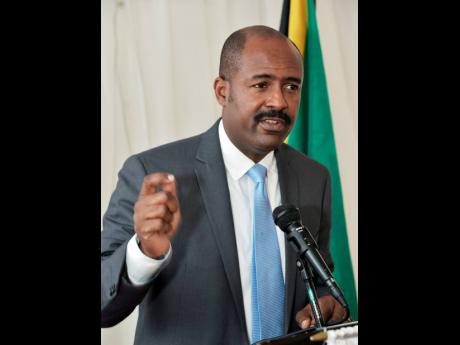 The top prosecutor for the corruption watchdog body the Integrity Commission has publicly chastised his bosses over the agency’s failure to have a single case placed before the courts in the more than one year since it was established.

According to Dirk Harrison, acting director of corruption prosecution for the commission, there are over 100,000 cases “in the system”, most of which date back to his time as contractor general.

“The Integrity Commission, which I am a part of, has not prosecuted a single person in 15 months. It is woefully unacceptable that thousands of matters which remain in the system are not being prosecuted,” Harrison lamented at an American Chamber of Commerce Jamaica luncheon on crime, corruption, and criminal justice in New Kingston yesterday.

“The country demands action. The Government, the Opposition, the NGOs, and all stakeholders must demand action as this is unacceptable and too much time has passed,” he insisted.

The Andrew Holness administration did not escape Harrison’s cross hairs as he addressed the gathering.

“Let us accept and admit two simple facts: the crime plan and anti-corruption plan are not working,” he declared.

“The appearance and actual plan to sit on our posterior and expect things to happen as they prevail in the state of Utopia is fictional,” Harrison added.

Harrison, who had a public falling out with his bosses over a report he crafted as contractor general on the sale of the Rooms on the Beach property in St Ann, predicted that 2019 is likely to set a record as “one of the most remarkable years for the perception of or actual corruption”.

Further, he suggested that this year would also stand out as one in which the perception that crime and corruption are means to an end and an end in themselves flourished, an obvious reference to the scandal uncovered at Petrojam, the state-owned oil refinery, and several state agencies that fall under the energy ministry.