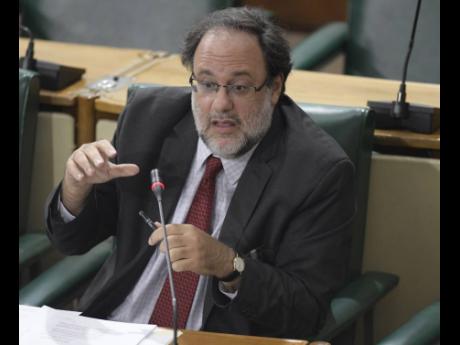 Two former Cabinet ministers who spearheaded the amendment of Section 20 of the Maritime Drug Trafficking (Suppression) Act in 2016 are questioning the circumstances under which the Jamaican Government granted a waiver of jurisdiction in relation to five fishermen who have accused the United States Coast Guard of detaining them at sea for 32 days in inhumane conditions.

The law amended a clause which previously excluded Jamaican nationals from detention and prosecution by a foreign state.

Speaking with our news team yesterday, Mark Golding, who was the justice minister back in 2016, said he was concerned about whether the protocol prescribed in the act was followed.

“We don’t know what in this particular case drove the attorney general to issue that opinion if indeed she did. The law requires her to do so. The waiver cannot be granted lawfully unless that opinion is issued. We don’t know whether she issued it or not. One assumes she did, but if so, what is the basis on which she did?” Golding asked.

But responding to queries by The Gleaner, Attorney General Marlene Malahoo Forte said that the national security ministry did seek the advice from her chambers. When pressed on the details of the written opinion from her office, Malahoo Forte remained tight-lipped citing lawyer-client privilege.

Meanwhile, former National Security Minister Peter Bunting sought to explain that failure by Jamaican authorities to secure convictions for nationals found at sea with illegal drugs prompted the amendment of the law.

“One of them was that the trials were subject to repeated delays and the US Coast Guard personnel who would have been the witnesses in the trial were just not available to come back to give evidence and it was impractical,” he said.

Added Bunting: “In fact, I cannot think of a single case where the JDF (Jamaica Defence Force), at great expense, would have to send a Coast Guard vessel out to meet [their US counterparts]. It would cost sometimes over $1 million in fuel alone just to go and collect the persons and the flagged vessels and in every single case, in a short order, the persons got off.”

On June 12, human rights group American Civil Liberties Union filed a lawsuit on behalf of the four of the five fishermen – Robert Weir, Patrick Ferguson, Luther Patterson and David Williams – who claim they were captured by members of the US Coast Guard, stripped naked, given white, paper-thin overalls and disposable slippers to wear instead, and subsequently chained by their ankles to metal cables.

A fifth fisherman, George Thompson, is expected to join the suit.