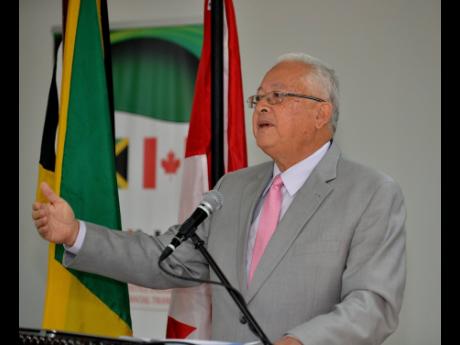 The call to increase the $1-million cap on claims brought to the parish courts to alleviate problems faced by some litigants in accessing the Kingston-based Supreme Court has won the support of Justice Minister Delroy Chuck.

In a Gleaner story published on Monday, Damia Dawes-Monthrope, a director of the Montego Bay Chamber of Commerce and Industry, called for the cap to be increased to $5 million as she also made the pitch for a branch of the Supreme Court to be established in western Jamaica.

“I brought it up on Tuesday with the chief justice, asking him to examine it. The $1 million has been there for quite some time, and with inflation and the provision of better services across the parish courts, the likelihood is that it will be increased,” Chuck told The Gleaner on Wednesday.

“Whether it goes to $2 million, $3 million, or $5 million is something that the chief justice would have to agree with because when you do that, you are going to increase the number of cases to the parish courts,” the justice minister added.

Chuck agreed with Dawes-Monthrope’s view that it would be better and less costly for persons outside of the Corporate Area if more cases were settled at the parish court level.

“Yes, it would reduce the numbers in the Supreme Court. I think it is important that we allow as many citizens as possible to have their cases in the parish courts, especially if they are not complex matters,” said Chuck.

“If they are complex matters that involve a lot of legal and complex rulings, then it might be that the complex matters might still have to go to the Supreme Court, but if it’s a simple a case of adjudication on the facts as to who is right from who is wrong, then there is no reason why they can’t be done in the parish courts,” continued Chuck.

“Increasing from J$1 million to $5 million will not necessarily mean that all cases will be tried in the parish courts, only the ones where the adjudication is fairly straightforward. It might well be that some of the attorneys still want to have those tried in the Supreme Court,” he cautioned.