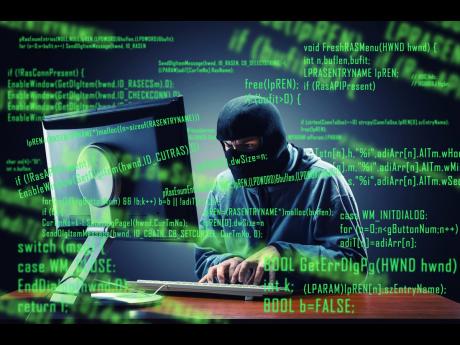 According to the 2018 Financial Stability Report published by the Bank of Jamaica, there were 62 counts of internet banking fraud in Jamaica totaling $38.2 million in losses between January and September 2018.

Jamaica lost in excess of J$12 billion to cybercrime in 2016 alone, and, given evidence that Eastern European hackers are among those cashing in on this lucrative industry, Director of the Major Organised Crime and Anti-Corruption Agency Colonel Desmond Edwards is describing cybercrime as the “most nefarious of the challenges” that law enforcement officials will face going forward.

Edwards was speaking at a recent presentation to officials who work in border control. The security expert noted that cybercrime is the new frontier for criminal enterprises.

“Traditionally, we have, as you all know, focused on physical borders, but the cyber criminal operates in a virtual space. There is no defined border. We have seen, for example, hacking attacks and theft of money, and so on, and going into banks and transferring money from various accounts,” he said.

“Once you have access to Internet and a computer platform, you can do this pretty much anywhere in the world.”

Edwards believes the estimated loss to cybercrime is much more than the J$12 billion, but the full disclosure might not be forthcoming because of the possible reputational damage to those most affected.

“There is some under-reporting, particularly, I believe, from the financial institutions. There is a reputational damage to a bank if they declared that we lost this amount of money through hacking or the activities of cyber criminals because obviously, that affects the feeling of security amongst their clients, so there may well be a tendency to under-report the actual impact,” he said.

According to the 2018 Financial Stability Report published by the Bank of Jamaica, there were 62 counts of Internet banking fraud in Jamaica totalling J$38.2 million in losses between January and September 2018.

The publication revealed that Jamaica’s banks experience nearly two cyber attacks per week on average. In one extreme month, hackers made off with J$10 million, although the average loss per month is J$4 million.

“Cybercrime is now a major form of trans-border activity. It is now close to one per cent of global GDP (gross domestic product), and it is the form of crime that is growing the most rapidly at the moment,” said Clayton, who is the Alcan Professor of Caribbean Sustainable Development at The UWI.

Given the shift, the professor said there is need to look at border patrol from a different angle.

“New crime groups are emerging, and this is like a generational shift in organised crime. A lot of them are younger and they have got a completely different business model,” he said.