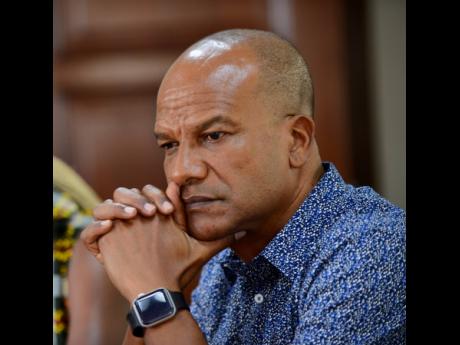 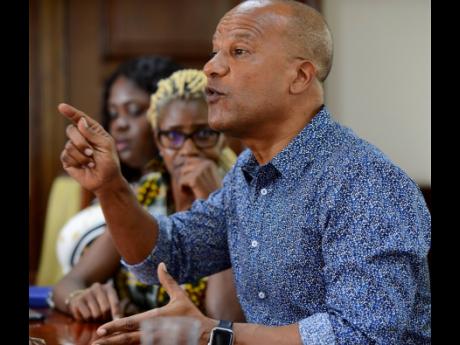 According to Peter Bunting, for him personally, it has been a politically painful three years since his party’s 2016 general election defeat. Hence, he was forced to respond to the call from frustrated Comrades desperate for change and modernisation in a party stuck in the era of the 1940s when it was formed.

For the Manchester Central member of Parliament (MP), the challenge for the leadership of the People’s National Party (PNP) was essential for its survival.

Bunting and his team, who stopped by The Gleaner’s North Street, Kingston, offices for an Editors’ Forum last Thursday, said the once-vibrant political party of ideals and ideas was trailing a corrupt and bankrupt Jamaica Labour Party (JLP) and would be condemned to Opposition without rapid and immediate overhaul.

Noting that the PNP has been an important part of his life from his teenage years, Bunting, now 58 and serving his fourth term as MP (three consecutively), was candid about suffering these past few years in a party “seemingly reluctant to change, accented by a stubborn leadership”.

“The last three years has been painful as far as I am concerned. In my statement when I announced my decision to challenge for the leadership, I said there has really not been a single transformational initiative for the party or even in terms of policy platform that we put to Parliament. This is not the PNP that I started in,” Bunting told the forum.

A “manager of givens”

According to him, the PNP has become what its late former president Michael Manley referred to as a “manager of givens” and was largely reacting to “day-to-day occurrences”.

“You have a set of circumstances presented to you, and you go from day to day responding tactically. But that’s not the role of the PNP. The party has always been the architect of change in Jamaica,” said Bunting, who sent late former Prime Minister Hugh Shearer into retirement from politics after wresting the Clarendon South Eastern seat from the veteran politician in 1993.

For the PNP stalwart, who served as general secretary between 2008 and 2014 during the presidency of Portia Simpson Miller, the political lessons of the past have taught him, and the party, that its heavy emphasis on fiscal discipline, especially between 2012 and 2016, did not work in tandem with the need for social and economic justice.

“The overarching goal of fixing the inherited fiscal crisis in 2012 caused the pendulum to swing against the party as not enough emphasis was placed on social justice,” he said.

“When the PNP does not do that, we are not seen as playing our authentic role. So given the appraisal report following the 2016 loss, and given that not a single one of four deficiencies have been effectively addressed in three years; given that there is a yawning gap in the polls between the parties, and the leaders of the parties, if nothing was done, then we would be on a trajectory for a landslide defeat.”

An RJRGLEANER-commissioned Don Anderson poll of 1,003 participants, conducted between February and March this year, revealed that PNP president Dr Peter Phillips’ negative rating was more than three times worse than that of Prime Minister Andrew Holness (51 per cent to 15 per cent), and Holness’ positive rating was four times that of Phillips’ (48 per cent to 12 per cent).

For Bunting, who will be guest speaker at the upcoming launch of Truth be Told – memoirs of Glynne Manley’s interviews with her late husband, Michael Manley – his decision to challenge Phillips “was born out of a need for the party to rise from its current stage of political malaise”.

The call from the ground, he said, was a desperate one for “something” to be done.

Among those making the call, he noted, were worried Comrades bemoaning the need for organisational strengthening and communication with the people. Comrades, he said, who felt there was no organising work taking place.

Bunting brushed aside suggestions that he was not politically strong enough to challenge Phillips, who has been heavily supported in his St Andrew East Central constituency since winning the 1994 by-election.

Bunting’s political strength lies in the Bellefield division of the constituency he represents, and he has successfully fended off challenges from the JLP since 2007, beating Sally Porteous, Danville Walker, and St Aubyn Bartlett in 2007, 2011, and 2016, respectively.

Before 2008, when Phillips challenged then PNP president Portia Simpson Miller, no sitting party president ever faced the delegates, before annual conference or a special delegates’ conference, for the leadership.

Bunting was general secretary during Phillips’ challenge of Simpson Miller.

“The determination to transform the party into something that is fit for purpose for contemporary challenges, something that will be able to be the catalyst and demonstrate a government in waiting, form part of the reason for the challenge,” said Bunting.

He launches his leadership campaign on July 14 at Manchester High School.

Bunting turns 59 on September 7, the date of the PNP’s special delegates’ conference for the leadership challenge.