Editors' Forum | I’m not worried about losing my seat – Bunting 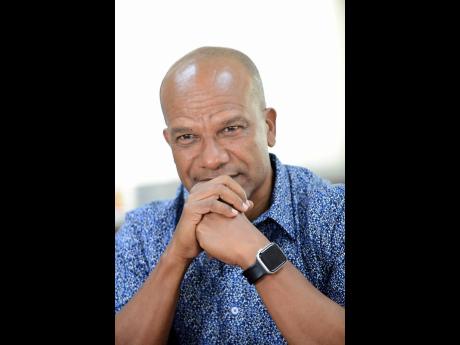 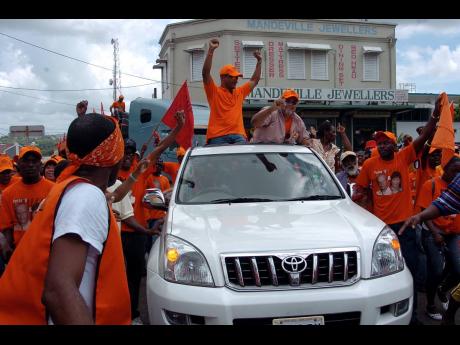 File
Peter Bunting (left) and then outgoing member of parliament for Central Manchester, John Junor (right), rally supporters from atop a sport utility vehicle during nomination day activities outside the Manchester courthouse on August 7, 2007.
1
2

Having served Manchester Central for three terms as member of parliament (MP), Peter Bunting is confident that a fourth is on the cards when the next general election is called.

Addressing a recent Gleaner Editors’ Forum, the aspirant for the presidency of the People’s National Party (PNP) said the people he has represented over the years were satisfied with his performance as MP, so he has no reason to be worried about retaining his seat.

“I am not concerned about Central Manchester. I know that I have put in the work, I have established a solid track record delivering their jobs, quality high-school spaces, and I think when we did a poll after the 2011 election, something like 80 per cent of the constituents were satisfied with my performance as MP, so I’m not concerned on that side,” Bunting told Gleaner journalists at the newspaper’s North Street, Kingston, offices last Thursday.

Confronted with the idea that politicians have at times jockeyed for “safe seats” just to secure a place in Parliament to facilitate other aspirations, he said that was never his aim or experience.

“The first seat I ran for in South East Clarendon had never been won by the PNP in history, and if I was concerned with safe seats, I wouldn’t have chosen that and I brought it home for the PNP for the first time and I retained it as campaign manager, even though I didn’t run the second time,” Bunting argued.

He added: “In 2007, when the Most Honourable Portia Simpson Miller invited me to come back into politics, I was offered the safe seat of South East St Ann, and that was the basis on which I resigned from DB&G (Dehring Bunting & Golding ) and came back into the party and John Junor intercepted me at Mona Reservoir one morning when we were exercising and persuaded me that, basically, because South East St Ann was safe, anybody could take that seat, but if I didn’t come to Manchester where we were 12 per cent behind, we were going to lose that seat.”

Said Bunting: “And so, I left what would have been a dream seat for anybody, particularly those motivated mostly by ambition, and went, so I went into perhaps what was the campaign fight of my life and managed to bring it home.”

Bunting ultimately won the election with 8,453 (or 50.34 per cent) of the vote, effectively bringing an end to the political ambitions of councillor for the Mandeville division, the Jamaica Labour Party’s (JLP) Sally Porteous, who polled 8,338 votes (49.66 per cent), and would quit politics before the 2011 general elections.

Central Manchester Member of Parliament Peter Bunting recalled that in 2011, when he went up against the JLP’s Danville Walker, he secured a second tight victory in a row, with 10,481 votes to Walker’s 10,042.

“They threw everything, including the kitchen sink, at me with Danville Walker. We brought it home with a bigger margin in the last election where the swing was against the PNP again – more than doubled my margin,” Bunting said.

“So, I believe that the example that I have set where, instead, if you coming with some established competencies from the private sector, it is not to go and look for a safe seat, because if everybody is running down the safe seats, then the party will be in Opposition for a very long time.”