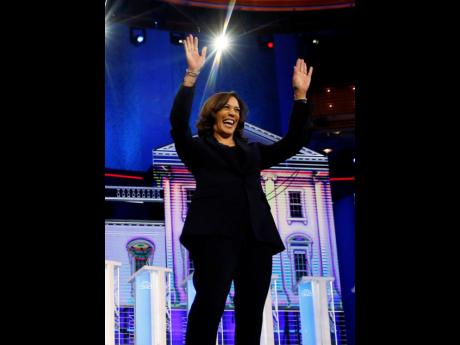 AP
Democratic presidential candidate Senator Kamala Harris waves to the audience before the start of the the Democratic primary debate hosted by NBC News at the Adrienne Arsht Center for the Performing Arts last Wednesday. 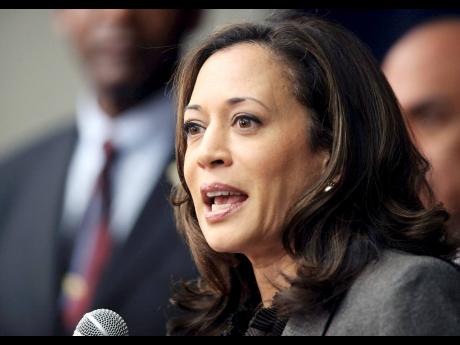 United States Senator Kamala Harris’ presidential campaign has pushed back against online attacks about her race, comparing the latest jabs to racism faced by former President Barack Obama, as fellow 2020 candidates rallied to her defence.

During last Thursday’s Democratic presidential debate, Harris broke out from the other nine Democrats on stage, calling on her personal experiences of racial injustice as a black woman.

“As the only black person on this stage, I would like to speak on the issue of race,” Harris said.

That’s when she was attacked on Twitter by a conservative provocateur for not being an “American black”.

“She is half Indian and half Jamaican,” Ali Alexander wrote.

“I’m so sick of people robbing American Blacks (like myself) of our history. It’s disgusting. Now using it for debate time at #DemDebate2? These are my people not her people. Freaking disgusting.”

Donald Trump Jr – the president’s eldest son – retweeted to his millions of followers the Harris critic who took issue with her identity.

“Is this true? Wow,” Trump Jr commented as he shared the tweet.

He has since deleted the tweet and a spokesman for President Donald Trump’s son told The New York Times that it was a misunderstanding.

“Don’s tweet was simply him asking if it was true that Kamala Harris was half-Indian because it’s not something he had ever heard before,” spokesman Andy Surabian told the Times. “And once he saw that folks were misconstruing the intent of his tweet, he quickly deleted it.”

“This is the same type of racist attack his father used to attack Barack Obama,” Adams said. “It didn’t work then and it won’t work now.”

Harris, 54, was born in Oakland, California, to an Indian mother and a Jamaican father who were both immigrants. She has directly confronted critics before who have questioned her black heritage, her record incarcerating minorities as a prosecutor, and her decision to marry a white man.