Trelawny gets a new family court 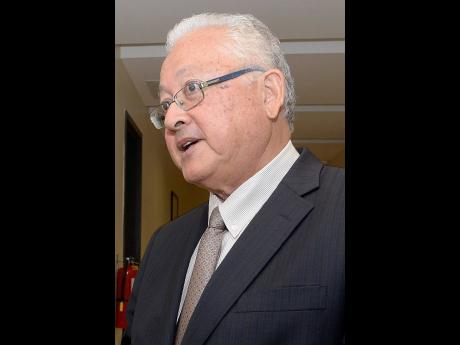 The Trelawny Justice Centre, which was opened in April on a seven-acre property in Rock, on the outskirts of Falmouth, now has a fully established family court, thanks to the recent $45-million refurbishing exercise at the property, which is also earmarked to house a division of the parish court.

Justice Minister Delroy Chuck, who toured the building yesterday, told The Gleaner that the new facility was not necessarily an indication that there was an increase in family court matters, but more a case of utilising a gift to Jamaica.

“It is a part of a European Union grant of €22 million (J$3.2 billion), which was given to Jamaica to establish family courts throughout the island,” said Chuck.

“The intention is to establish four such courts. This here in Falmouth is the second and plans are to establish another two, one in Mandeville and the other in Portmore,” added Chuck, who noted that the first family court was established in Spanish Town, in St Catherine.

The minister said that the family court would focus primarily on minors as he wants to see children getting the kind of care that they need to become worthwhile and productive adults.

“The court offers a setting that caters to an informal setting where delinquent fathers can be brought before the court and not feel treated like hardened criminals,” noted Chuck.

He added that it would also hear cases related to domestic abuse and violence against men, women, and children.

“At the family court, if it becomes necessary, a restraining order can be obtained to protect the vulnerable from abuse, whether it be physical, emotional or otherwise,” said Chuck.

Trelawny Custos Paul Muschett, who toured the facility with the justice minister, welcomed the family court as a part of the parish’s justice network.

“It is an opportunity to further bring justice to the people of Trelawny. I look forward to the further use of the seven-acre property in regard to the promised resident magistrate (parish) court coming on stream,” said Muschett.

The Trelawny Justice Centre currently offers a number of dispute-resolution services and restorative justice and child diversion programmes aimed at steering child offenders from the formal justice system and avoid prosecution in the court.