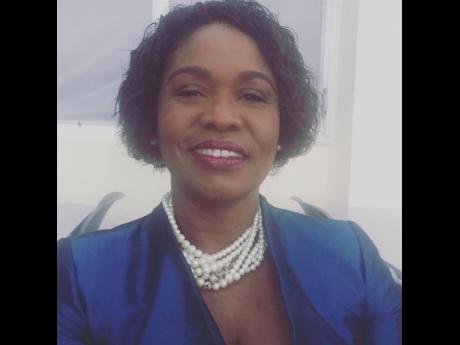 Attorney-at-law and member of the Public Administration and Appropriations Committee (PAAC) of Parliament Leslie Campbell yesterday referred to Edna Manley College of the Visual and Performing Arts Principal Dr Nicholeen DeGrasse Johnson as the “judge and jury” who determined whether complaints of staff misconduct reached the board of the government-funded fine arts school, which has been rocked by allegations of a sexual harassment cover-up.

Despite their valiant attempts, the PAAC members were left without a clear picture of how reports of sexual harassment against staff at the institution got elevated to the level of the board.

Campbell would ask the question six times in one question and a seventh time after DeGrasse-Johnson failed to identify the step-by-step reporting procedure. In the end, he called her “judge and jury” in determining how cases advanced, especially after she failed to identify any individual to whom a report would be made.

Campbell: “I am just trying to work through this. Take, for instance, one of the complaints that you had in 2017. The student comes in and says, ‘I am being harassed by Mr X’. And the institution takes a statement. How is that elevated to the board? Who is the representative that takes that complaint to the board ... ?” Campbell asked.

“A student did not complaint to me in 2017. I just want to make that clear. However, when a complaint comes to me, usually, I don’t have complaints coming to me directly. For example, why we end up doing what we are doing right now, which is the investigations into the hearing, is because a student came forward, was encouraged to put it in writing, and it was submitted to the board immediately … ,” said DeGrasse-Johnson.

In this case, she said, the board responded swiftly and formalised a personnel committee to investigate the complaint. The board would then make a recommendation to the ministry, following which the teacher would be alerted.

Campbell further pressed: “You have to pardon my ignorance because this is what I am still trying to understand, … but these documents I have in my hand suggested that you admitted that in 2017 [a lecturer] filed a complaint. And you did say there were several complaints.

“One was reduced into writing. It is you who made the determination that there was insufficient evidence to proceed with the matter … ,” he said.

Continuing, Campbell added: “So you investigated the matter. You acted as the jury in that matter as to the truthfulness of the statement that was before you, and you made the determination as the judge that this was not worth it to escalate it to the board level. If that is not a correct interpretation of what you gave us, you can let me know because I intend to go further … .”

“No, Sir,” DeGrasse Johnson said. “I was not judge and jury in 2017. I did not receive, at the time when I spoke with the lecturer, any written complaints … .”

A frustrated Campbell said he would abandon the course he was walking.

The principal added: “A report is given to whomever and submitted to the board.”

The representatives of the tertiary institution were again appearing before the committee, following reports of sexual harassment of young girls at the institution by a lecturer and allegations of cover-up by the institution despite several attempts, including police reports and written statements against the accuser. The matter came to public attention in a Gleaner exposé in May.