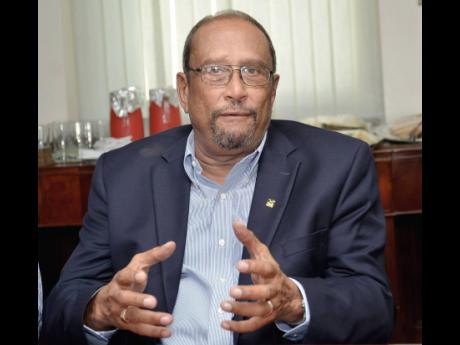 Results coming out of dialogue on the issue of the CARICOM Single Market and Economy (CSME) at the 40th CARICOM Heads of Government meeting now under way in St Lucia will be critical to national and regional economic development, says Howard Mitchell, president of the Private Sector Organisation of Jamaica (PSOJ).

The conference, which is being attended by Prime Minster Andrew Holness and which wraps up tomorrow, is expected to have the CSME – an integrated development strategy – high on the agenda.

While there has been extensive talk around the CSME since it was first mooted in 1990, actionable outcomes are yet to be realised.

The PSOJ boss said that it his hope that this time around, the discussion will lead to “something tangible”.

“The first outcome I would be looking for is a confirmation and consolidation of the equal position of the private sector in the CSME as well as the territorial political directorate, and I think that’s what I would like Mr Holness to come back to say to us,” Mitchell told The Gleaner.

The businessman said that he believed that there is a realisation in CARICOM that the private sector in each territory has to play an integral role in any strategic deliberation and decision pertaining to the CSME.

The challenge, according to Mitchell, is the difficulty to be faced with logistics among the islands.

“That is a concern, and it’s something we would like for everybody to put forward their collective effort to try and solve.

Mitchell said that a common market within a single trading bloc can only generate a stronger, more competitive position in the global marketplace and urged Caribbean leaders to move the dialogue further towards full application of the arrangement it serves.