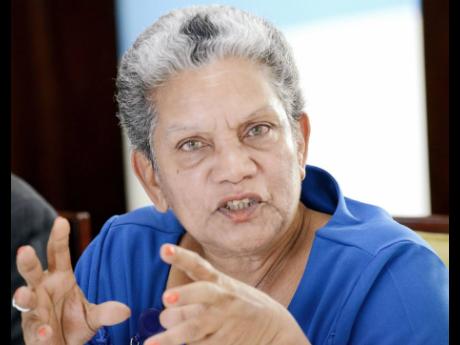 Public Defender Arlene Harrison Henry is urging lawmakers to take another look at the new Road Traffic Act with a view to making clear how and when traffic cops should use lethal and non-lethal weapons in their interactions with motorists.

Harrison Henry’s comments come in the wake of a recent incident in which a police officer pepper-sprayed a retired senior cop, Altermoth ‘Parro’ Campbell, during a traffic stop in St Andrew.

“Pepper spray should not have been used, perhaps, given the potential for abuse relative to the policing and implementation of the particular provision, which is in the new law,” the public defender said as she commented on the incident at a recent meeting of the Kiwanis Club of Montego Freeport. “Perhaps, it may be prudent for Parliament to revisit it (pepper spray use) before bringing the new law into operation.”

Unlike National Security Minister Dr Horace Chang, who did not believe the cop’s use of pepper spray was unreasonable, Justice Minister Delroy Chuck said the police officer acted improperly.

“I think we have to be very careful how we use any form of lethal force or matters which cause great discomfort, but I am sure the commissioner of police and my colleague (the national security minister) are looking at giving guidance on how these matters are to be dealt with,” Chuck said previously.