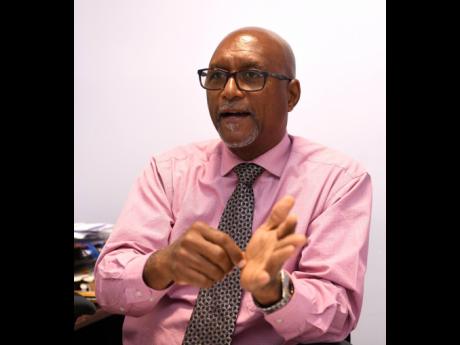 Members of the banking sector and the police have joined forces to fight electronic and other types of fraud, which has resulted in financial institutions losing more than $750 million last year.

In a Sunday Gleaner exposé in May, the Jamaica Bankers’ Association (JBA) anti-fraud committee co-chair, Lloyd Parchment, revealed several scams which criminals have been using to withdraw funds from accounts. This included the theft and activation of credit cards before they are delivered to customers, the rampant theft of point-of-sale machines, and the renting of accounts from customers to store stolen funds.

Assistant Police Commissioner Fitz Bailey said the police met with members of the JBA recently to discuss the way forward in tackling the issues.

“I actually met with some key members of the bank, and we have what we obtained then, a task force that looked at electronic fraud. We intend to reactivate that task force, looking at debit/credit card fraud,” he told editors and reporters during a Gleaner Editors’ Forum on Thursday at the media house’s North Street, Kingston office.

He said in the past the banks were not very cooperative when the police tried to investigate fraud cases.

“One of the things that we are grappling with is the lack of cooperation from the banks, yet they would speak publicly regarding the non-action of the police. They will send a victim to the police, just to ensure that the matter is reported. But when you go to them for support of your investigation, they are unwilling to do that,” said ACP Bailey.

The bankers, on the other hand, had accused the police and prosecutors of not doing enough to catch and help convict perpetrators of these crimes. Although 551 fraud cases were reported to the Fraud Squad in 2018, industry leaders had expressed little confidence in the police’s ability to investigate the cases.

“In some cases, banks have chosen not to even report anymore because it makes no point in sending it there [to the Fraud Squad],” Parchment noted then.

Head of the police Corporate Communications Unit, Deputy Superintendent Dahlia Garrick, who was at the last meeting with members of the JBA anti-fraud committee, said the two groups will be embarking on a public-education drive to sensitise people about fraud.

“I think I will be at other meetings,” she said when asked how she felt about the meetings so far.

The police also disclosed that they are in the process of strengthening their cyber-defensive protective network. This will help them to better tackle cybercrimes such as electronic fraud.

The Jamaica Constabulary Force is also in the process of improving their capacity to develop personnel to carry out cybercrime investigations, although persons with these skills are generally recruited by other industries in need of their expertise.