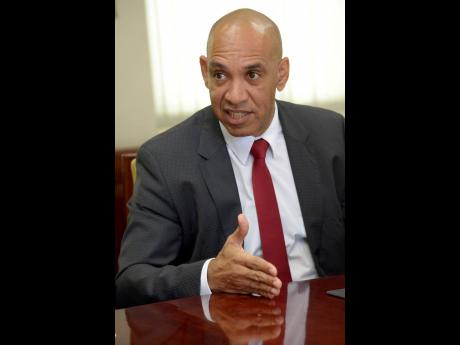 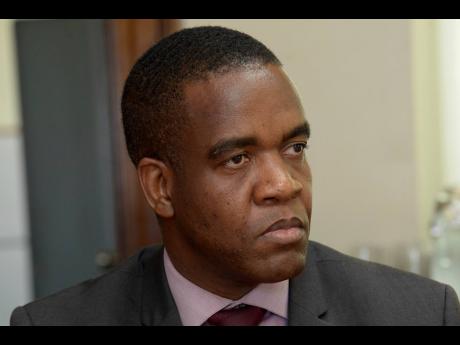 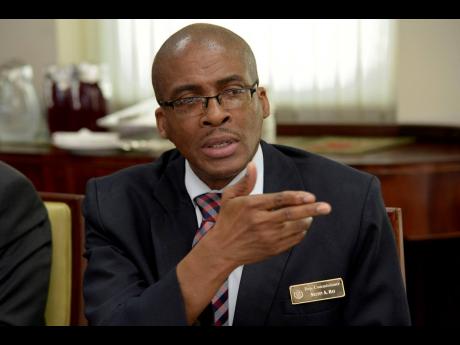 A seven-point anti-crime plan – with heavy emphasis on intelligence, forensics, cybersecurity and anti-corruption, which will bring together the best minds to tackle Jamaica’s most debilitating problem – was on Thursday presented by Police Commissioner Major General Antony Anderson, along with members of the Jamaica Constabulary Force (JCF) High Command, during a Gleaner Editors’ Forum.

Though the Government has been hounded for an effective strategy for fighting crime since taking office in 2016, Deputy Superintendent Dahlia Garrick, head of the police Corporate Communications Unit, said a budgetary increase predicated on the anti-crime strategies was included in this year's estimates of expenditure.

Anderson, who has been in the post for over a year, outlined a careful plan of action, to be done in three-month phases, but all running concurrently.

The strategy includes mirror image recommendations of the Strategic Review done in 2008, which proposed, inter alia, a road map for tackling corruption, internal and external accountability, a more effective leadership and management arrangement, to include improvement to internal communication, and significant upgrade to the physical structures used by the JCF. The welfare of the men and women who ‘serve and protect’ will also receive an added boost, which will now be handled by command central complementing the role of the Police Federation.

The proposed national security tactic is anchored on seven pillars.

This was just days after police statistics revealed that there was an increase in murders, which threatens gains made with the introduction of the state of emergency in three high-crime western parishes, and the continuation of zones of special operations in two troubled communities.

“Our aim is to make Jamaica safe. And at the top of that is our concern about the number of persons who die in Jamaica, which is something that we really need to get a handle on and deal with. For us as the police force, what we see as a statistic of murder is very real. Those are real people who have been killed. We see everyone who is murdered in situ. We go to every scene and we are unique in that regard. We are the only ones who do that,” he noted.

Anderson said any murder was disheartening, hence, a major thrust of the JCF was geared towards reducing that while tackling the wider, connected issues.

In March 2018, when he assumed the force’s top job, at the forefront of his mind was the 1,643 persons murdered the previous year, and that year’s already high figures.

His strategies then included focusing on policing the new school year amid a flurry of road lawlessness, which involved training several traffic cops.

Anderson also took aim at strengthening the investigative arm of the force – then under the directorship of Deputy Commissioner Selvin Hay – with a serious push towards dismantling gangs, which included investigations and prosecutions of members. One such is the multiple-member Uchence Wilson Gang, which is currently before the courts and whose members are being prosecuted under the Anti-Gang Legislation.

This year saw him targeting the inspectorate of the constabulary, with the redevelopment of the JCF’s internal anti-corruption capability, which became the remit of the Major Organised Crime and Anti-Corruption Agency (MOCA).

“MOCA is obviously looking at big issues of corruption across government, and so to look at our own issues internally, it is critical that we have our own capabilities. DCP Hay is in the process of developing and building that capability,” the commissioner said.

Internal administrative processes and the welfare of the men and women under his command are now Anderson’s focus.

JamaicaEye – the Government’s much-touted CCTV cameras crime reduction tool, using eyes instead of boots – is currently being optimised and improvements are under way for a working roll-out by September. Much of the hardware will be replaced, many of which are outdated.

“How we use forensics, cyber forensics, DNA, ballistics, fingerprint and related forensics are critical. Last year, we took 5,457 crime-scene exhibits for DNA analysis; we also tested 9,275 individual samples. In terms of digital devices and data, through cyber forensics, we processed 3,395 devices, and this year we have done approximately 1,500,” Anderson stated.

At least 1,037 ballistic samples from crime scenes were done last year, some of which have helped to solve cold cases. Arrests as a result of transnational investigations have also been made.

DCP Hay and Assistant Commissioner Kevin Blake are currently working on establishing effective platforms for the public to communicate with the constabulary.

The top brass are all in agreement with the JCF’s guiding principles. “The first is the rule of law, the second is respect for all, and third is that we are a force for good,” stated the top cop.