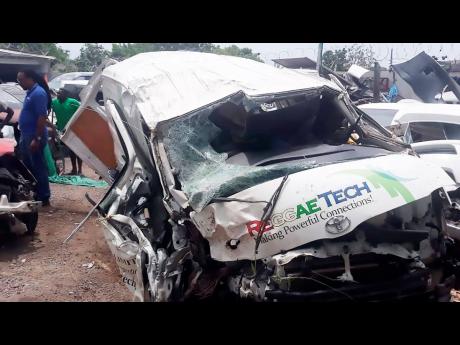 Photos by Hopeton Bucknor
The ill-fated mini bus which collided with the motorcycle. 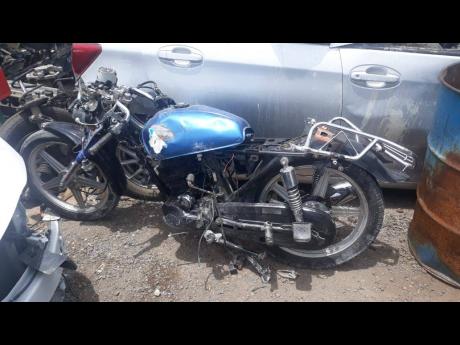 Photo by Hopeton Bucknor
The motor cycle on which Ronaldo Blake and Damion Buchanan were travelling. 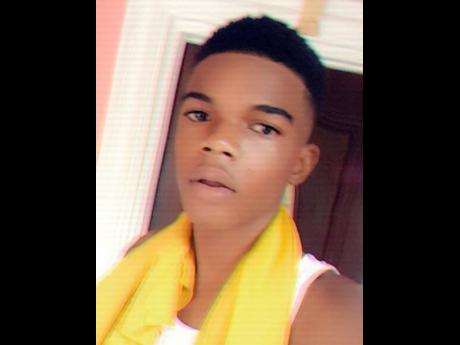 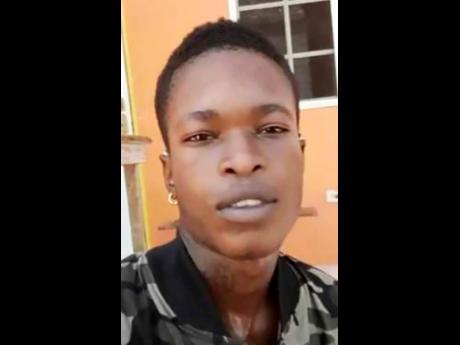 Reports are that about 10:30 p.m. on Saturday, the cousins were travelling on a motorcycle from Bobman Hill towards the Lilliput main road.

On entering the main roadway, they came into the path of an oncoming Toyota Hiace minibus travelling from Falmouth, Trelawny, heading towards Montego Bay.

Both vehicles collided, resulting in the cousins being thrown from the motorcycle, and the 37-year-old driver losing control of the minibus, which overturned.

Buchanan and Blake, along with the driver of the minibus, were transported to the Falmouth Hospital, where the cousins were pronounced dead and the bus driver treated.

Following the accident, dozens of community members gathered at the crash scene and at the home of the cousins, expressing shock at their tragic passing.

Kimberly Buchanan, an aunt of the cousins, told The Gleaner that both victims were very popular within their community.

“My nephews were very good boys and very popular in the community,” she stated. “Damion is a popular selector, an wi don’t know how wi going to cope with him not being around. Him have a one-and-a-half-year-old son who depend on him fi support, and it’s like him life just waste so.“

She continued: “Ronaldo jus do him [Caribbean Secondary Education Certificate] subjects dem a Spot Valley. Wi don’t even get the result a the exams yet and a this come happen. Him mother drop down when she hear seh her son dead. Wi affi a give har medical attention right yah now. “

Councillor for the Rose Hall division, Anthony Murray, told The Gleaner that it was a most unfortunate situation for two young men to lose their lives in such a manner.

“I am using the opportunity to call on the National Works Agency and the minister of transport to erect visible signs in the community,” Murray said. “This is a built-up area, and over the past few weeks, we have had over six persons perishing in separate road accidents along this corridor. Even this morning, three other vehicles crashed, and several persons have been hospitalised, and we need signs so motorist can know that they are approaching a built-up area, to check their speed, and proceed with caution.”

The second accident, which involved a minibus, a Toyota Wish motor car and a Honda Stream motor car, occurred about 7 a.m. yesterday along the same stretch of roadway.

Eight persons were seriously injured in that crash and were rushed to hospital.

Since the start of the year, 22 persons have been killed in 20 fatal road accidents across the parish of St James. Over the same period last year, 15 deaths were recorded in 13 fatal crashes in the parish.