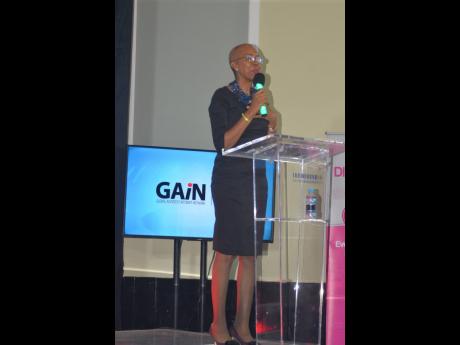 Science, Energy and Technology Minister Fayval Williams is pledging to bridge the technological gap between Jamaica and the rest of the world by finalising the review of the Data Protection Bill and a report from the Digital Switchover (DSO) Steering Committee before 2021.

“I am committed to finding that DSO Steering Committee report and putting the full weight of my ministry behind it to get it done way before 2021,” Williams said as she addressed last Friday’s opening ceremony for the annual Global Adventist Internet Network (GAIN) Conference in Montego Bay, St James.

“Technology is the language of the Fourth Industrial Revolution, and as such, it must be the language and medium used to communicate to today’s generation, and at the ministry, we are committed to bridging the technological divide,” she added.

She said the Government was moving swiftly to have the Data Protection Bill reviewed by a reconstituted joint select committee of Parliament this month, which will hold its first meeting on Wednesday.

“The bill is a significant piece of legislation that sets clear guidelines for how the Government, businesses and organisations should collect, store, and dispose of persons’ personal and sensitive data,” added Williams.

The Data Protection Bill, which is before a joint select committee of Parliament, provides guidelines on how personal data should be collected, processed, stored, used and disclosed in physical or electronic form.

It requires that data should only be obtained for specific lawful purposes, with the consent of the individual, and not be further used or processed in any way incompatible with the original purpose.

Williams’ comments came after ReadyTV CEO Christopher Dehring told conference attendees that Jamaica had fallen behind in accessing the global digital landscape since plans to set up the local DSO system were halted in 2010.

“The DSO has been deferred here in Jamaica since 2010. We started our process in 2006, the United States completed theirs in 2007, and we’ve had 10 years of planning and consultations, and the new target date is 2021,” said Dehring.

“But in order to get to 2021, you have to start now. The good news is that the final recommendation has been submitted by the DSO Steering Committee, and the decision by the Government is pending,” added Dehring.

The Broadcasting Commission had previously sought to have the DSO established for television and radio broadcasting entities to go digital by 2015.