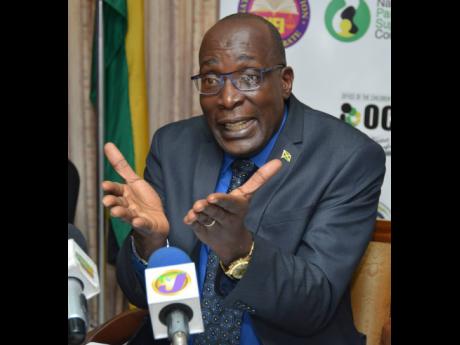 Jamaica Labour Party (JLP) General Secretary Dr Horace Chang has said that in his opinion, Ruel Reid, the former education minister at the centre of a criminal investigation, cannot run on the party’s ticket in the next general election, constitutionally due in 2021.

“As the case has evolved, he cannot be a candidate for the Jamaica Labour Party,” Chang told The Gleaner yesterday, even as he pointed out that the final decision would rest with the party’s selection committee.

Weeks after Reid was asked to resign from the Andrew Holness-led Cabinet in March amid a criminal probe spanning several agencies under the education ministry, Chang had indicated that Reid had conveyed to the party executive his intention to step down as caretaker for North West St Ann.

However, up to yesterday, Reid remained in the post, having not communicated his decision to walk in writing.

The Gleaner understands that Reid has been unofficially working in the constituency, but Chang said yesterday this should not be happening.

The JLP general secretary said the party was awaiting the outcome of the investigation to determine the way forward and has asked Reid to not do any work in the area.

“We felt we’d watch the case unfold because it is a democracy; people support him. It’s a little bit different from his central responsibility, but the final resolution [rests] with the party selection committee and we review the cases as we go along and the circumstances surrounding individual candidates. We have laid out very stringent conditions for both financial and ethical issues for aspiring candidates,” Chang said.

He said the JLP’s selection committee will be carrying out a review of all seats.

“Last Sunday, we had our meeting, which reaffirmed our commitment to certain ethical and fiduciary standards for our candidates because we are now in the process of settling candidates for the Jamaica Labour Party by November and, therefore, we are looking at all seats going forward. And clearly what is happening in North West St Ann is one them that has come under serious review.”