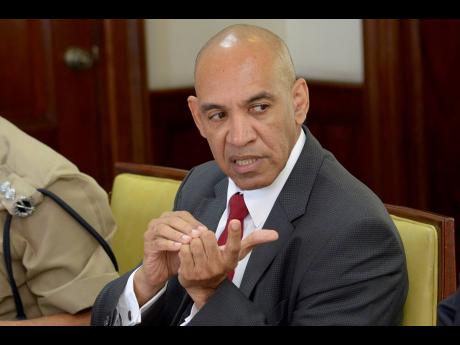 At the end of 2018, the strength of the Jamaica Constabulary Force (JCF) stood at 11,790, which is 2,301 less than its establishment size, but Police Commissioner Major General Antony Anderson said that since the start of the year, more than enough persons have expressed interest in joining the force, with the challenge now being finding enough space to train them.

According to the latest Economic and Social Survey of Jamaica, of the 11,790 enlisted in the JCF as at December 2018, 77.7 per cent were males.

During the year, 362 persons were enlisted, while 274 officers left the force. The main reasons given for attrition were retirement and resignation.

“Getting people to join isn’t the problem. It’s getting them trained, it’s the limits at our training facilities and now we are looking at some additional facilities to conduct training. Twickenham Park is too small for the levels we are talking about,” Anderson said at a Gleaner Editors’ Forum last Thursday.

The JCF training school is in Twickenham Park, St Catherine, but Anderson said when the additional facilities are identified and get up and running, the JCF will be able to take in at least three batches for the year instead of the current two.

“We have applied a little innovation to this to go from the two cycles per year at six months to three cycles at four months. So what we are doing is we have designated some divisions as training divisions, where we have supported them with additional instructors in the division, so they do four months.

“A lot of the simulation work that is done where you simulate court and all that, they actually go to real court. We just got back a brief at our monthly meeting from not just instructors but students, who have been through it and the concept seems to be working that will give us three turns per year, and when we add the additional facilities, we want to ramp up to 1,500 in the very short term, so that means I will be up 1,000 per year,” said Anderson.

Meanwhile, head of the police’s Corporate Communications Unit, Deputy Superintendent Dahlia Garrick, said police officers were being enlisted from a wide cross section of the society, with different skill sets, so recruitment is always ongoing.

“We have some planned activities around recruitment. We will be having an official kick-off for all of this on July 20 at the Police Officers’ Club, where we will actually have a recruitment drive and expo. So we will expose persons to the various fields of career opportunity in the force, as well as to provide an opportunity for them to actually do an entry exam there, and that will be taken islandwide,” said Garrick.

Still, in a bid to make the JCF more attractive, Anderson said there are plans in the pipeline to roll out a new design for uniforms for the men and women under his command.