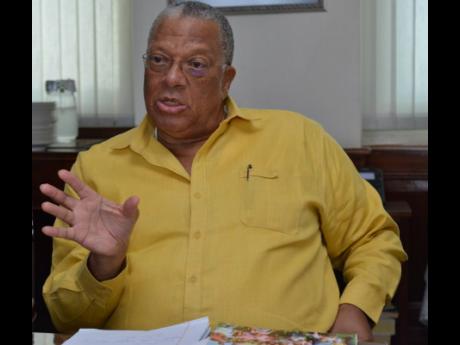 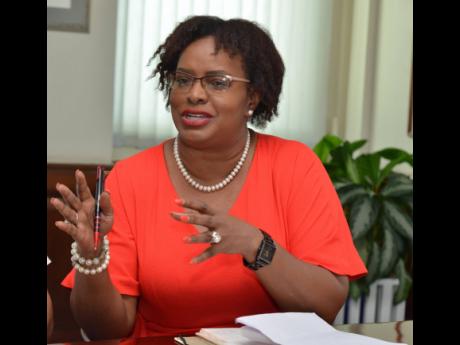 The man facing a challenge to his leadership of the People’s National Party (PNP), Dr Peter Phillips, is declaring that he has enough in his arsenal to not only stave off the internal party challenge from Peter Bunting but to propel him to Jamaica House as well.

As he addressed a Gleaner Editors’ Forum yesterday at the newspaper’s central Kingston head offices, Phillips said he was satisfied that his strength of character, proven leadership skills, and fiscal acumen will help him turn back the challenge from presidential aspirant Peter Bunting.

Asked about funding for the internal challenge as well as for the PNP’s next general election campaign, Phillips dismissed the issue out of hand.

“I am not worried. I have no intention of buying votes. I can’t write a cheque like how others can write … ,” he answered.

He said that while winning was important, the reason behind leadership aspirations was of equal importance.

“Without that philosophical mooring, anchorage to guide you, then you are in danger of becoming a carbon copy of others without your own identity, vision and mission, and so I have been particularly concerned about securing the authenticity of the People’s National Party.

“I consider the People’s National Party to be a vital national institution, a critical part of the national inheritance. I would like the same passion, behaviours, mores and norms – the same levels of integrity that were typical of the party when I was 21 – to become typical of it today,” he told the forum.

While he conceded that while there is need for renewal of the party, Phillips said that transformation must be grounded on principles on which the party was founded.

“I think that without a doubt, the need for a transformation internally is well established, and I’ve never hidden it. That’s why we engaged in the discussions about our philosophy, our principles. That is why we had the covenant discussions because I feel and we feel that the People’s National Party has been about a philosophical commitment to a particular vision of Jamaican society, to a particular culture, about our relations with each other, to a particular view of governance and the significance of integrity, etc. and we consider political education to be a particular part of that transformation, and I don’t think this is a secret that the party has inadequately focused on these tasks,” Phillips told Gleaner editors and reporters.

Dr Shane Alexis, who has thrown his support behind Phillips, admitted that there were financial challenges but planned to campaign on a track record of improvement in the quality of life.

“The People’s National Party has never been about money. We are up against it and we put forward to the people that we are a principled people and we have ideas to make your life better. That money argument is something that people look at. They realise that the quality of the individual who is going to give the computers to their school or increase the hospital beds, the character of the man is important. We are saying education, quality of life, security, morals and integrity are the most important things. Money will come after that,” Alexis said.

Venesha Phillips, the PNP’s caretaker for Eastern St Andrew, believes that the PNP president’s track record puts him in good stead, since he is not given to empty flamboyance and is, in fact, the right man for the times.

“He represents the kind of soberness that a movement like the PNP, with its history, requires right now,” she said, pointing out that the socio-economic gains the country was now reaping were a direct result of a strong foundation laid by Phillips as finance minister in the last PNP administration.

“Dr Peter Phillips is tried and proven. The people of Jamaica know they can trust him,” she said. “The reality is that when you look at the political landscape across the world, we have international partners. We are not existing in a vacuum. We need to know that people believe that Jamaica is serious about the integrity issue and that corruption ... will be properly addressed by a leader whose integrity is beyond question.”