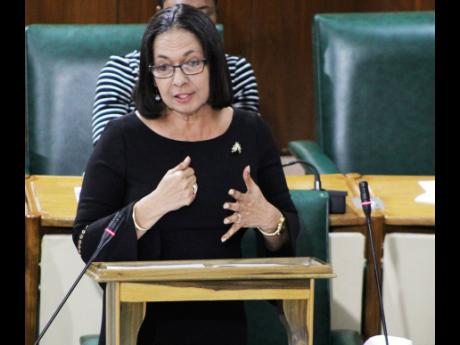 Five of the nearly three dozen private security companies accused of flouting the country’s labour laws by short-changing their guards could soon face legal action as part of a get-tough approach by the Government.

Labour Minister Shahine Robinson did not disclose the names of the five entities as she made her contribution to the Sectoral Debate in Parliament yesterday, but revealed that they were all referred to the legal division of her ministry for prosecution in the last six weeks.

“This ministry is sending a warning to all security companies that if you breach the law, you will face the consequences,” Robinson said.

“It is our intention that all companies flouting the law will eventually be held accountable,” she added.

The action comes nearly two months after a survey by her ministry found that guards at more than 30 private security firms contracted by government ministries, departments and agencies were being paid below the national minimum wage. The report also revealed that in some cases, female guards were not being paid for maternity leave.

“Seventeen companies were not compliant with the payment of maternity leave … . This is what I would term modern-day slavery here in Jamaica,” Mikael Phillips, opposition member of the Public Administration and Appropriations Committee, said at the time.

Robinson acknowledged that for years, security guards have complained about being shafted, but insisted that the labour ministry was “monitoring the situation” and that the issue would be placed before a joint select committee of Parliament.

“This will allow the issues affecting security guards to be ventilated and deliberated through open and transparent public discourse,” Robinson said.