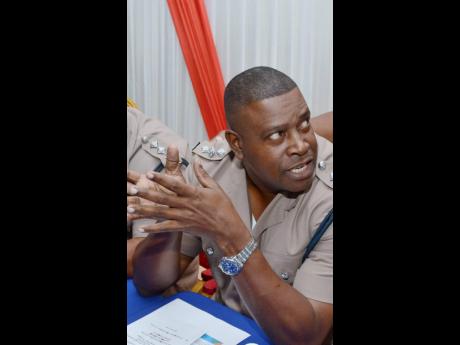 Sexual offences against girls under 16 have become a major concern in Westmoreland because of the alarming numbers recorded since the start of the year, says Superintendent Gary McKenzie, who heads that parish’s police division.

Addressing yesterday’s monthly meeting of the Westmoreland Municipal Corporation, McKenzie noted that, up to June 30 this year, there have been 17 cases of rape committed against children under age 16. Last year, the parish had recorded 23 rape cases in total.

“What is very troubling about this is that the rapes, sexual intercourses with females under the age of 16, it is not being done by strangers, it is been done by persons who are very close to family members, and so on,” said McKenzie.

“The police are very concerned about the issue, so we really want everybody to help the police in educating, in appealing, in counselling family members as it relates to issues like these,” added McKenzie.

He said one of the common practices was for motorists to offer rides to females, take them away, and rape them.

“It is a very serious matter and I think that our women and teenage females are being violated too much, and that is something we cannot be proud of.”

Following the meeting, McKenzie told The Gleaner that the police are doing all they can to curtail the wholesale assault on women and children across the parish.

“We have some situations where children, especially young girls, are doing extra-curricular activities at school and they are out very late. These young girls are being assaulted and raped by the individuals who should be taking care of them,” he said.

“The police are doing a lot of sensitisation sessions in communities and schools, but we are appealing to parents and guardians to monitor their children to mitigate against these activities taking place.”