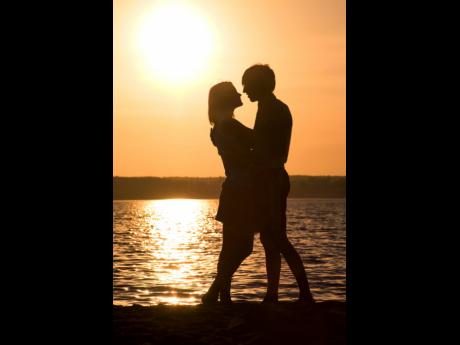 In trying to ascertain the reasons for the general decline in condom use, more than 50 per cent gave the fact that they love and trust their partner as the main reason. More persons gave this reason when compared to the 2012 findings. 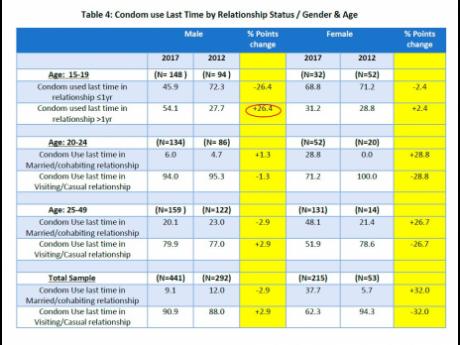 Four years after one local lab alerted the nation to the presence of mycoplasma genitalium, a fairly new sexually transmitted infection (STI), Jamaicans seem to be taking very little precaution in preventing the infection of this and other STIs.

According to Compton Beecher, who is the chief DNA analyst at Caribbean Genetics (CARIGEN), a number of Jamaicans are still contracting the sexual infection, which, if left untreated, can cause infertility as well as unpleasant symptoms such as pain during sex, burning sensations while urinating, and reoccurring infections.

“Mycoplasma genitalium infection is not really reducing. It is still there. As long as we continue to have unprotected sex, we are still going to have the numbers up there. It is still in the range that you normally see for chlamydia and gonorrhoea,” Beecher told The Sunday Gleaner, noting that more people have been asking to test for this STI.

The most recent national Knowledge, Attitudes and Behaviour Survey [KABS] released by the Ministry of Health and Wellness shows that condom use is declining despite increased access to this protective barrier against STIs and HIV/AIDS.

“The results show a decline in the percentage of high-risk males and females that protected themselves in their last sex act,” the study, which was released in May this year, revealed.

“Of note is the fact that among those who protected themselves, there may also be elements of inconsistent protection. This is so as when asked about the last 10 times sex was had, significantly fewer persons in this high-risk cohort of multiple partners protected themselves (17.1 per cent in 2017 never used a condom the last 10 times sex was had),” the research found.

The study, which is done every four to five years, found that reduced condom use is evident in all the varying forms of relationships, whether married and cohabiting or non-cohabiting. Just over a fifth, or 21 per cent, of those in casual partnerships reported that they had not used a condom the last 10 times they had sex, and more than half of these individuals indicated that they are not likely to use a condom to protect themselves next time, either.

In trying to ascertain the reasons for the general decline in condom use, more than 50 per cent gave the fact that they love and trust their partner as the main reason. More persons gave this reason when compared to the 2012 findings.

The proportion indicating that they do not like using a condom also significantly increased in 2017 to 20 per cent, compared to 14.7 per cent in 2012. This was primarily the case among those between the ages of 15 and 19 years old.

Director of Health Promotion and Prevention at the National Family Planning Board (NFPB), Andrea Campbell, is concerned, but not surprised.

“People generally don’t like to use condom. They still think that it takes away from the sexual pleasure, so you find that it is really a challenge with condom use, and condom use especially in a stable relationship, because people still think that ‘okay, if we are in a stable relationship, we don’t really need to be using condoms’, but as the KPBS shows, even people in multiple-partner relationships now are still not using it,” she told The Sunday Gleaner.

Compton Beecher, the chief DNA analyst at Caribbean Genetics (CARIGEN), noted that a lot more persons are seeking their services in testing for sexually transmitted infections such as gonorrhoea and chlamydia.

“In the last couple years, the public has been more aware generally about STIs (sexually transmitted infections) and there is more uptake in screening for more STIs using a bigger panel so that they can generate a wider scope of STIs that we generate test for,” he said.

The 2017 Knowledge, Attitudes and Behaviour Survey [KABS] released by the Ministry of Health and Wellness revealed that more than half of those in the 15-49 year old age group had done an HIV test in the past 12 months and the vast majority (96.8 per cent) reported knowing their results.

Data for the study was collected from a randomly selected sample of 2,000 persons islandwide. Data was also collected during face-to-face confidential interviews by trained interviewers.

Risk perception has remained virtually unchanged, the survey found. Just a little fewer than 73 per cent of those with multiple partners believe they had little or no risk of HIV infection. Additionally, an estimated 62 per cent of persons with multiple partners, who use a condom sometimes, perceived they have little or no chance of infection because of their occasional condom use.

“We still use that ‘tell by looking thing’, so if the person looks good, then it is highly unlikely that they will have HIV. Also, persons would start off, as usual, using the condom and then when ‘Mr used to’ steps in, they forget about the condom use, even in multiple partnerships,” noted Andrea Campbell, director of health promotion and prevention at the National Family Planning Board (NFPB).

What is particularly worrying is the fact that there has been a significant increase in the incidence of STIs among males 15-24, based on self-reports.

While attitudes towards the use of condoms are deteriorating speedily, access has been increasing. The study noted that the shop was the place most used by males to purchase condoms, while females primarily depended on the clinics and pharmacies for their stash. Despite increasing access, men and women in the 25 to 49 years were most likely to never have a condom on them.