Who is Ibrahim Ajagunna? … CMU’s acting principal affirms the reputation of the university 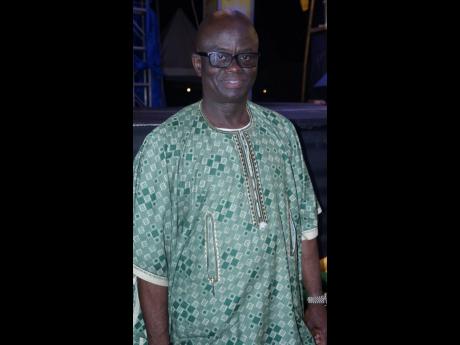 Widely regarded as an extraordinary leader who has spearheaded the development of a variety of programmes at the Caribbean Maritime University (CMU), and now the acting president of the institution, Ibrahim Ajagunna is seeking to reassure current and prospective students of the quality of CMU’s programme and the reputation of the school.

He assumed the role of acting president on Tuesday while president Dr Fritz Pinnock is on a leave of absence amid a corruption probe at the institution.

“CMU has worked hard to ensure that our students are competent, qualified and industry-ready by investing in the quality of the education and training offered by the university. This investment comes in many forms. Chief among these is providing internationally recognised certification and global currency for our programmes so that graduates can navigate global spaces within their respective fields,” Ajagunna said.

“I want to assure students that this demonstration of commitment to their success and well-being will not be affected by the ongoing investigations. Let me also assure our staff that the management is solidly with them. Let us continue to maintain that brand CMU that we all laboured to build.”

Ajagunna has led a distinguished career spanning over 30 years, with 25 of those in managerial positions.

Ajagunna, who has worked at the only university in the Jamaica that specialises in maritime education since 2006 and is the vice-president of academic and student affairs, is considered to be a goal-oriented individual with special skills in tourism, sustainable development, logistics and supply chain management, curriculum development, education administration and leadership, and strategic management.

He has over 10 years’ experience in integrating operations in logistics and supply chain and in port reorganisation.

His experience is matched by his academic record, as Ajagunna holds a Doctor of Philosophy from the University of the West Indies, Mona; a master of science degree from Sheffield Hallam University, United Kingdom; and a higher national diploma from the Federal Polytechnic, Idah, Nigeria.

Ajagunna, who was made a professor by CMU in October 2017, also holds a postgraduate diploma in education from the University of Technology, Jamaica, and an advanced diploma in teaching from the City and Guilds of London, among others.

Professor Ajagunna was conferred with an Honorary Professorship by the Europe Academic Union, Oxford, UK.

He is also a fellow of the Chartered Institute of Logistics and Transport and a recent recipient of the Prime Minister’s Medal of Appreciation of Service to Education.