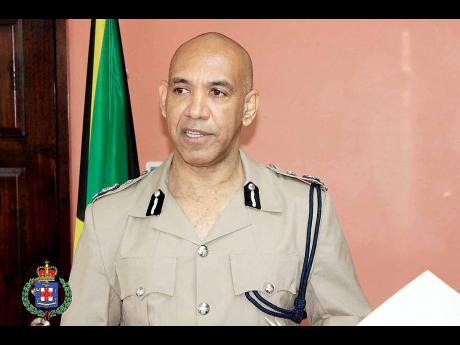 It is taking too long for rank-and-file members to be promoted into the officer corps of the Jamaica Constabulary Force (JCF), says Police Commissioner Major General Antony Anderson.

The police commissioner said the senior leadership in the JCF was not doing enough to prepare rank-and-file members to advance.

“We have to get to the officer corps faster, we really need to. We have to make the space so that people, through their career, hit different levels quicker,” Anderson said.

He was addressing the annual general meeting of the Jamaica Police Officers’ Association at the Iberostar Hotel in Montego Bay, St James, on Friday.

“They are spending too long in a particular rank,” he said. “We don’t have enough opportunities, and even in that process, we are not preparing people fast enough to move up.”

Last month, 19 police inspectors were promoted to the gazetted officer corps of the JCF to serve as deputy superintendents.

“It’s actually a small team that makes up the officer corps of the JCF. Now, I was not many weeks ago at the Police Federation conference. They have more delegates than we have officers – which is a very interesting thing – and that speaks to this ratio that we have of three per cent of the force being gazetted officers,” he noted.

“And, perhaps, as we look at things like transformation and renewal – that perhaps need to be expanded a bit – there are some clear areas that would benefit from broadening and deepening that officer.”

He added: “The opportunities for persons to move up in the organisation need to be enhanced. We need to broaden it. That way, we will get the sort of attention to our members that they need and deserve and require.”