‘Fits’ doctor gets lifetime award ...Wants people suffering from disorder to be given a chance at normal life 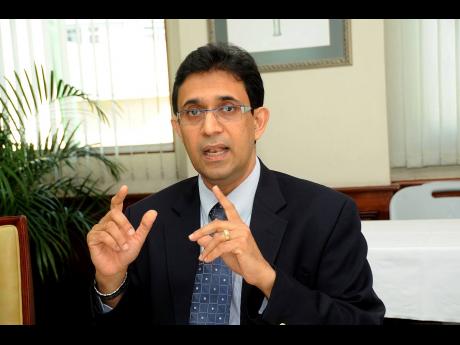 File
Dr Amza Ali: A big problem for people with epilepsy is employment and not being able to drive because the regulations in Jamaica preclude driving once you have had a seizure. We are working hard to try to address it because it is not fair. 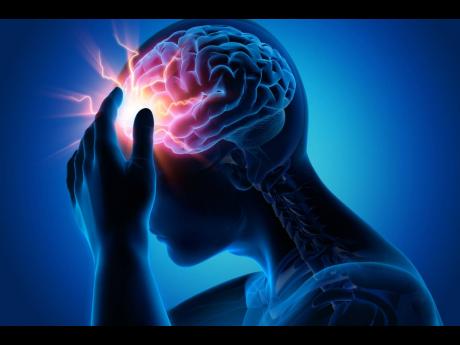 One of Jamaica’s leading specialists on the epilepsy recently became the first person in the Caribbean region to receive the Ambassador for Epilepsy Award, given biennially to a few people chosen from around the world.

Dr Amza Ali received the lifetime award in Bangkok, Thailand, on June 22, for the work he has done to advance treatment and raise awareness around the disorder for the past 20 years.

Epilepsy is a neurological disorder of the brain that causes recurrent seizures. Seizures occur when the brain’s electrical signals misfire uncontrollably. While a person is having a seizure, he or she may experience a change in or loss of consciousness, unusual sensations and feelings, or involuntary motions such as jerking or flailing of body parts.

In Jamaica it is colloquially called “fits”.

Ali told The Gleaner that he got involved in the diagnosis and treatment of epilepsy after completing his studies in the United Kingdom where he had been trained in neurology. He came back to Jamaica only to realise that enough attention was not being given to the disorder.

He traveled to Columbia University in New York to specialise in epilepsy so he would be able to treat the problem back in Jamaica which he had identified. But it was more than the training he received there that set the foundation for his later successes.

“It was the relationships that I was able to establish while I was there that have helped me since I have come back to attack the problem,” he said.

“A lot of us have been working together for many years and over the years we have focused on many things. We focused on advocacy; we focused on rights, there is a lot of stigma against people with epilepsy and we have spent a lot of time addressing that; we focused on education.”

... Despite successes, still a long way to go

Fruits from the hard work that Dr Amza Ali and others have put in to raising awareness of and treating epilepsy have begun to show.

“The way referrals are made now; it tells you that people have a lot higher knowledge about epilepsy than they used to.”

But despite the taste of success in the area thus far, Ali is adamant that the country has a long way to go in the diagnosis and treatment of epilepsy. There are about 30 per cent of people in Jamaica that do not respond to medical treatment and the specialist is on a mission to find the remedy.

“One of our goals right now is to develop a surgical programme for epilepsy. We are in the process of setting up that kind of programme at KPH and we are doing well in this respect, but we still have a few strategic things to do,” he said, also hailing the Jamaican diaspora for its continued assistance in the programme.

Ali is in a rush to give epilepsy patients adequate care because he has noticed how living with the disorder breeds prejudice against them.

"A big problem for people with epilepsy is employment and not being able to drive because the regulations in Jamaica preclude driving once you have had a seizure. We are working hard to try to address it because it is not fair. If someone had a seizure and they are well-controlled and they are taking their medication or they have come off medication because they are now seizure free, legally speaking they are not allowed to drive. So, these things have to be changed,” he reasoned.

The specialist is a part of a global group pushing for some of these changes all around the world, including in Jamaica and the Caribbean as they seek to remove the stain of prejudice from the foreheads of those suffering from the disorder.

“We really want to properly represent the problem to government so they can see that what they are doing by having regulations like these is depriving people of economic opportunity.”