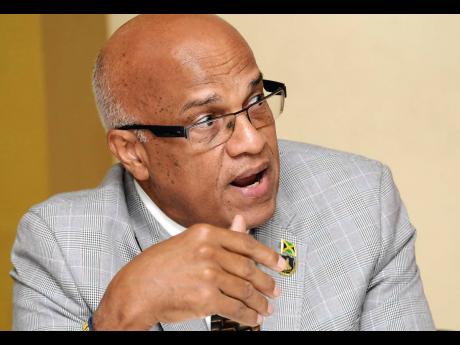 Fearing a repeat of the mistakes made around the development of the Falmouth and Portland cruise ship piers, businessman Robert Stephens is calling for the Government to avoid the errors of the past in Port Royal.

The town is to become the home of Jamaica’s first floating cruise ship pier by January 2020.

“Details regarding the development of the critical infrastructure of the town, which is essential for a successful and sustainable development of the destination, remain sketchy, even after an environmental impact assessment (EIA) presentation last Thursday,” Stephens wrote in a letter to The Gleaner on the weekend.

Having spent the last 20 years of their effort, time, and money on a developmental plan for Port Royal, Stephens said those plans were downplayed or totally ignored during the presentation.

In fact, Stephens is arguing that much of what was presented in the EIA was a regurgitation of work done in 2000 by Environmental Solutions Ltd on behalf of the PRDC, and the recognition of that work and the partnership with the GOJ were totally absent.

“Developing a cruise pier and not doing a comprehensive development of Port Royal is doing a great disservice to the potential of this jewel of a heritage destination and is dishonest to the cruise visitors, who will be sold on visiting Port Royal, Jamaica, on an itinerary only to be offered mainly attractions in other parts of Kingston when we could offer much more in Port Royal itself,” he said, stating his concerns.

According to Stephens, Port Antonio and Falmouth both were developed in a similar fashion, where the towns were promised that their development would follow the port development, and in both cases, they were developed as enclave-tourism developments and there was little or no action on developing the town after.

In the case of Port Royal, Stephens said the consultants and the Port Authority indicate that their focus is on the cruise pier and the immediate surroundings.

There will be parking for buses to shuttle visitors mainly to Kingston attractions, and some will choose to tour Fort Charles and other attractions in Port Royal, so sewage treatment for the site will be in place but not for the entire town.

“As far as developing a cruise pier is concerned, the presentation was credible and appears to be well thought out and presented,” Stephens said in lauding the group, adding that developing Port Royal in a comprehensive way and having a total package of attractions, shops, restaurants, sidewalk cafés, and entertainment could only be done via a comprehensive plan and collaboration with the private-sector partners.

Stephens and his team have reached out to the Government on numerous occasions but claim they have been ignored.

In May, three organisations – the Private Sector Organisation of Jamaica, the Jamaica Hotel and Tourist Association, and the Jamaica Chamber of Commerce – in a joint letter to Prime Minister Andrew Holness, described the situation as disrespectful.

They challenged the prime minister to prove that the Government was indeed supportive of private-public partnerships.

There has been no indication that any of the organisations have received a response from the prime minister.