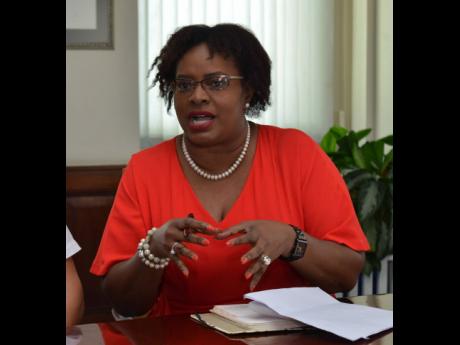 The Punchinello approach in which current politicians make reference to offences by former politicians to excuse corruption has irked the People’s National Party’s (PNP) caretaker for Eastern St Andrew, Venesha Phillips, who believes it has engendered an atmosphere where national leaders seem to be trying to outdo each other in their wrongdoings.

Phillips said she is constantly approached by constituents who question the manner in which politicians accused of wrongdoing are generally treated as opposed to ordinary citizens who commit crimes such as simple larceny.

She said the Punchinello reference was, in fact, made by a student at one of the schools in her constituency as she sought to have dialogue with them.

Punchinello, a traditional Italian puppet in the form of a short, fat clown, has been a character in children’s ring games, where they try to outdo each other in various activities.

“She said that because every time the PNP would raise something, the Government took two days, they researched, not to fix the problem, but to say, ‘Oh, hold on a second. We found something that you did before, so give us our chance to do the wrong thing’,” Phillips told The Gleaner.

She said Jamaican politics was now suffering from a crisis of trust and contended that country was experiencing an unprecedented level of corruption.

“The onus is on us as the political leadership – as it is on our media practitioners – to make sure that Jamaicans understand that this is unacceptable,” Phillips said.

“Andrew Holness did not campaign on, ‘You know what, the PNP did some bad things and we are going to get our moment to do some bad things, too’. He actually said to Jamaica, ‘Look at this’ – even if it was propaganda – ‘Look at this. We are not going to repeat this’,” Phillips added.

Opposition senator and spokesman on justice, Donna Scott-Mottley, said Jamaica would not experience real transformation until politicians commit to preserving the integrity of the political process. Based on this reality, she said that the PNP has been involved in drafting a terms of reference for a committee which will be creating a document aimed at binding every member who is in representational politics to ethical standards.

“Those who feel that when we become the Government, they can continue or participate in any [corrupt] way will be excluded,” she said.

“ ... We have a leader with credibility, we have a leader whose integrity is unquestionable, and that gives us the platform to be able to effect the change and hopefully change the narrative about politicians in general,” said Scott-Mottley as she gave a vote of confidence to PNP President Dr Peter Phillips, who is facing a challenge from Peter Bunting for the post.