Williams: We have to factor climate change into energy mix 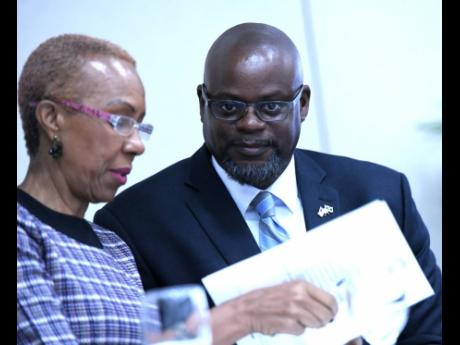 As the country pushes to meet its goals within the National Energy Policy of having a modern, efficient, diversified and environmentally sustainable sector, Energy Minister Fayval Williams says the reality and impact of climate change must be at the forefront of everyone’s mind.

Speaking at the opening ceremony of the Jamaica Alternative Energy Conference at Spanish Court Hotel in New Kingston, Williams said that the undeniable phenomenon must be part of any meaningful dialogue on energy solutions.

She reminded the audience that although Jamaica was not a major emitter of carbon and other greenhouse gases, the nation had given its commitment in the Paris Agreement to play its part to keep global temperature rise during this century to less than two per cent above industrial levels.

“We are seeing and feeling the effects of the gradual warming. This makes implementation of alternative energy solutions even more necessary as we try to save ourselves and our Earth. It is clear that our efforts to tackle climate change must include the energy sector transformation into cleaner fuels,” Williams said.

The conference, which continues today, is being funded by the US Department of State, the Bureau of Western Hemisphere Affairs, and the Bureau of Energy Resources.

USAID country representative to Jamaica, Jason Fraser, in highlighting the United States’ role in helping to diversify Jamaica’s energy mix, said that going forward, the focus would be on energy resilience

Illustrating his point, Fraser referenced Hurricane Irma, which did considerable damage to the economies of Eastern Caribbean countries in 2017.

“We saw and were humbled and shocked by the devastation, and we saw the critical role and vulnerability of the energy sector,” he noted.

“When disaster disrupts the grid or water distribution of critical infrastructure such as hospitals, shelters, police stations and fire stations, communication may be impaired, and we may not be able to deliver on much-needed life-saving services,” he added.

“For hospitals, a power outage means a vaccine and insulin degrading without refrigeration and operating rooms fall dark because almost all water is pumped with electricity in Jamaica. So a power outage means water disruption, which compounds the problem,” Fraser said.